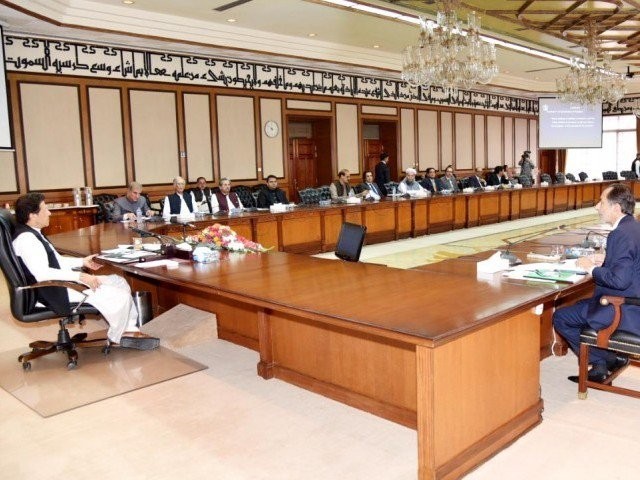 ISLAMABAD: The federal cabinet on Thursday approved the issuance of Pakistan’s first renminbi-denominated bonds to raise loans from Chinese capital markets, as the country gradually moves towards giving the Chinese currency a status at par with that enjoyed by the US dollar.

The cabinet approved the issuance of the maiden renminbi-denominated ‘Panda Bonds’ during its meeting presided over by Prime Minister Imran Khan. The Finance Ministry did not seek the cabinet’s nod for the size of the bond at this stage, although it expects to raise $500 million to $1 billion in different tranches. At least one tranche is expected during the current fiscal year.

Finance Minister Asad Umar told the federal cabinet that the interest rate may range above 5.5% but the final price can only be determined at the time of launching the bond.

The Philippines has also raised RMB1.46 billion through renminbi-denominated bonds at an interest rate of 4.75%. Since the Asia Pacific nation has better credit rating than Pakistan, the country will have to pay nearly 1% higher.

The approval for issuing bonds in the Chinese capital markets came on the heel of the Finance Ministry’s decision to delay issuance of US dollar-denominated Eurobonds worth $3 billion.

The government successfully continues its multipronged approach for bridging the foreign financing needs and building foreign exchange reserves, said Dr Najeeb Khaqan, the spokesperson for the Finance Ministry, while commenting on the development. He said that the Panda Bond’s approval by the cabinet was part of this strategy. This is a well-thought-out decision after several rounds of discussions with Chinese banks, investment groups, regulatory authorities and stock exchange and traditional financial advisers, he added.

Dr Khaqan said the bonds will help the government diversify the investor base of capital market issuance and provide a source of raising renminbi. The size, tenure and pricing would be determined on the basis of market response at the time of issuance, he added.

The spokesperson said that the bonds will be issued in several rounds and a good response is expected, considering the interest shown by Chinese banks and investment groups.

The Pakistan Tehreek-e-Insaf government has been struggling to arrange foreign loans for meeting the county’s external financing needs for this fiscal year. So far, Saudi Arabia has disbursed $2 billion. Yet the official foreign currency reserves held by the State Bank of Pakistan slipped to $7.46 billion as of December 21. These were down by $591 million compared with $8.1 billion in the previous week.

In the Long-term Plan of the China-Pakistan Economic Corridor (2017-30) both countries had decided to use renminbi as the second international currency to lessen Pakistan’s reliance on dollar.

“Pakistan shall promote the construction of Gwadar Port Free Zone and explore RMB offshore financial business in Gwadar Free Zone,” the plan says. Both countries shall strengthen financial cooperation between their free trade zones and explore the formation of an RMB backflow mechanism, it adds.

The long-term guiding document also emphasises that the countries will assign the foreign currency to domestic banks through credit-based bids to support financing for projects along CPEC and promote settlements in RMB and rupees to reduce the demand for third-party currency.

In recent years, China has become Pakistan’s largest trading partner and also the country with which it has the highest trade deficit. The reliance on Chinese currency would help finance the trade deficit from Chinese sources

Due to delay in finalisation of an International Monetary Fund programme, the federal government is looking for various alternatives to meet the external financing needs, which are now estimated at $22 billion.

Finance Minister Asad Umar on Thursday also chaired a meeting to review the existing facilities for import of petroleum products in the country. The existing facilities from the International Islamic Trade Finance Corporation were also discussed. It was agreed that full utilisation of the $4.5 billion facility over a three-year period starting July 2018 must be ensured.