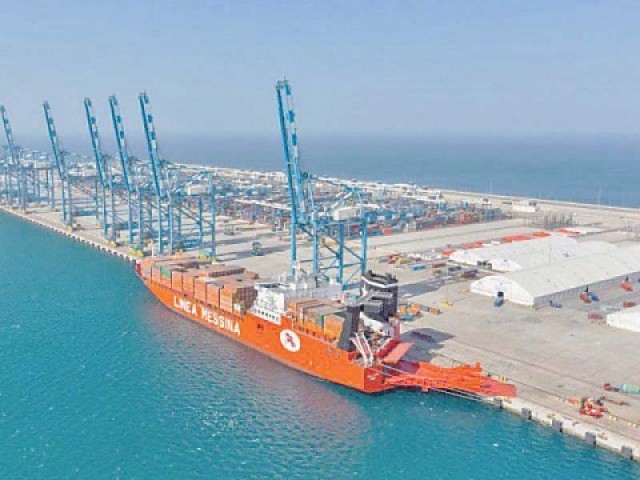 A working by the Ministry of Planning showed that Pakistan would have to return $40 billion to China in the next 20 years on account of repayment of debt and dividend of the projects established under CPEC. PHOTO: FILE

ISLAMABAD: The government of Pakistan is legally bound to ensure the provision of foreign currency for debt repayment to Chinese financial institutions by investors of power plants set up under the China-Pakistan Economic Corridor (CPEC) and for the repatriation of profits by them, says a bilateral agreement.

Unlike other independent power plants that are operating under the IPP policy, the power plants being set up under the CPEC umbrella have been ensured preferential treatment.

The government of Pakistan and the government of China in November 2014 signed the agreement on CPEC Energy Projects Cooperation that gives legal cover to the rights of investors and their financiers.

A working by the Ministry of Planning showed that Pakistan would have to return $40 billion to China in the next 20 years on account of repayment of debt and dividends of the projects established under CPEC.

In response to an article appeared in The Express Tribune on Wednesday, the Ministry of Planning stated “the energy projects are being executed purely under the Independent Power Producers (IPPs) mode and finances are mainly taken by private companies against their own balance sheets”.

It added that the dividends of the energy projects were also based on profit and loss and were subject to an individual company’s financing policies, therefore, CPEC was not imposing any burden with respect to loan repayment and energy sector outflows.

The planning ministry did not contest the figures quoted in the story on account of capital outflow due to repayment of the debt taken for setting up the power plants and dividend payments.

The 2014 treaty binds the government of Pakistan to provide foreign currency to these investors.

Article 6 of the treaty says “Pakistani party agrees to provide each year during project’s operation period through the SBP, for all of the company’s transactions related to the project that require foreign currency, in case such foreign currency is not available through authorised banks in Pakistan. Pakistani party commits initiating a mechanism for expeditious conversion of revenue of power plants.”

This suggests that the repayment of these loans and dividends will also be the headache of Pakistan government, at least to the extent of provision of dollars amid low foreign currency reserves of the country.

Planning ministry’s spokesman on CPEC Hassan Daud Butt did not respond to the question whether it was not the responsibility of the government under the 2014 treaty to ensure availability of $32 billion in foreign currency for repatriation to China in the next 20 years.

The planning ministry working showed that in the current fiscal year 2018-19, the Sahiwal power plant would give $137.53 million in debt repayment and another $97.9 million in dividend payment.

Commercial loans for setting up power plants have been arranged at an interest rate of London Interbank Offered Rate (Libor) plus 4.5%. However, it is the return on equity, which in some cases, is as high as 34.2%, which will cause the outflow of $11.3 billion.

Private sector loans have been secured for a term of 10 to 12 years and a grace period of three to four years, according to the planning ministry’s presentation.

Infrastructure projects are financed through concessionary bilateral loans from China for a period of 20 years and a grace period of five to seven years.

But the last government was of the view that high return on equity had to be given to make these projects attractive, as people were not ready to invest in coal-based projects.

The Chinese investors of the energy projects also enjoy other preferential treatments. Article 3 of the agreement promises tax exemption of interest income accruing from the commercial loans by the Chinese commercial banks. This means that Pakistan has foregone tax on $4.42 billion profit that Chinese financial institutions would earn on $15.42 billion loans for the energy projects.

Butt did not respond to the question whether such exemptions have also been given to the IPPs that are operating outside the ambit of CPEC.

Article 5 of the same agreement says that a revolving account shall be opened within 30 days of commercial operations of every power project, into which the money no less than 22% of the monthly payments for the respective power projects shall be deposited. This arraignment has been done to protect the Chinese investment from adverse impact of the circular debt.

Butt did not respond to whether this facility was also offered to IPPs working outside the ambit of the CPEC.