The curren­t gas crisis cannot be assume­d to be a sudden phenom­enon
By Dr M Asif
Published: December 28, 2018
Tweet Email 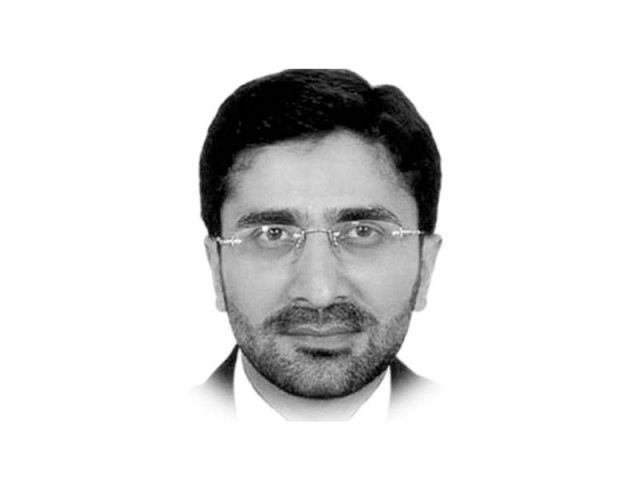 With the start of winter, Pakistan is again engulfed by a gas shortfall. It is yet another reminder of the relentless energy crisis that has been pounding the country since 2006. Every government ever since has bitterly failed to arrest the crisis. Not only that they couldn’t come up with any rationale and committed effort to address the problem, they actually made the situation worse through counterproductive and shady projects and deals. The state of affairs in the energy sector — highlighted by severe shortfall in demand and supply of both electricity and gas, heavy system losses, a daunting circular debt of Rs1,200 billion, receding share of indigenous supplies and deteriorating fuel mix — demand urgent and meaningful measures by the new government.

Interestingly, the gas crisis has coincided with the release of the World Bank’s report on South Asia’s power sector ‘In the Dark’ that provides a damning picture of Pakistan’s energy sector. The wastes in the energy sector are rated at a staggering $18 billion equivalent to almost 7% of the national GDP. This figure is much higher than earlier conservative estimates of up to $10 billion. The report has pointed out wide-ranging lapses and inefficiencies across the whole supply chain in the energy sector. While 50 million people lack access to the grid, those connected to it face frequent outages. It ranks Pakistan 115 in a list of 137 countries in terms of electricity reliability.

The current gas crisis cannot be assumed to be a sudden phenomenon. It has rather been cultivated over the last many months snubbing the wake-up calls made by independent analysts throughout this period. There were reports of deliberate orchestration of gas shortfall in winter — by delay in raising timely order for LNG import and even cancelling some of the orders — to create the need for power generation from expensive furnace oil, allegedly thanks to a powerful nexus between elements in concerned ministries, petroleum companies and refineries. A couple of local gas fields are also reported to have been shut down for maintenance during this high demand period. This reportedly man-made shortfall is being projected to cost the national exchequer hundreds of millions of dollars, besides making life further difficult for the helpless ordinary Pakistanis. The situation poses serious question marks on the performance of the many stakeholders in the energy sector, including Sui Northern Gas Pipelines Limited (SNGPL) and Sui Southern Gas Company Limited (SSGCL), the Oil and Gas Regulatory Authority (Ogra) and above all ministries of energy and petroleum. Reacting to the situation, the prime minister dissolved the board of directors for both SNGPL and SSGCL and also directed inquiries against their managing directors. This gas crisis is just another example of the pandemic mismanagement that has brought the energy sector to its knees.

Earlier this month, the PM tweeted the followings of his government’s accomplishments: “Line losses reduced by 1.5% yielding a saving of Rs2 billion; increase in the recovery of outstanding dues by Rs11 billion; total positive impact of Rs13 billion; starting recovery drive throughout K-P; approximately 8,000 FIRs registered in a month against power thieves in Punjab.” These initiatives, though a step in the right direction, are only trivial given the scale and nature of energy challenges.

The energy sector requires a paradigm shift in its modus operandi to rescue itself from the present turmoil. Since its well-orchestrated inception over a decade ago at the hands of years of poor policy and decision making, the energy crisis has been turned into a gold mine by some — hardly any of the project streamlined over this period could be regarded as completely transparent, value-engineered and strategically sustainable. Instead, the highlights have been scams and abnormalities in rental power plants, Nandipur power project, QA solar park, LNG deals and Neelum-Jhelum extension, all of which are being investigated by the National Accountability Bureau for wrongdoings. While absurd appointments at key positions have been a norm, the power purchase agreements and return on investment offered in projects have also been mind-blowing — in some cases rate of return of over 90% has been reported. Mismanagement appears to have been institutionalised. So much has been written and debated about the solutions to Pakistan’s energy woes that only a sheer ignorant would not know that the energy mix needs to be improved, indigenous oil & gas and renewable resources require to be exploited, T&D system needs to be revamped, circular debt is to be sorted out and regulatory bodies and market structure need to be reformed. The real issue ie rampant and colossal mismanagement, however, is being given a blind eye. There is just no way to revive the energy sector without arresting the deeply-embedded culture of financial and administrative wrongdoings.

Considering the gigantic scale of losses in the energy sector, as also reported by the World Bank, Pakistan can annually save around $10 billion only through good governance. Running it with commitment and strategy can transform not only the energy sector but also the whole national economy within a matter of few years. The chronic trend of patchwork and haphazard solutions — a recent example of which is unwarranted capacity addition on the generation end while ignoring the T&D system — needs to be abolished. To begin with, a comprehensive picture of the entire energy sector is imperative to be developed through a holistic audit encompassing its technical, administrative and financial domains. Only such an audit will allow development of a cohesive and sustainable road map to revive the energy sector. Putting it simply, a thorough examination is the starting point of treating a seriously-ill patient.