In matche­s that reach 6-6 in the final set, the winner will now be the first to reach 10 points­
By AFP
Published: December 27, 2018
Tweet Email 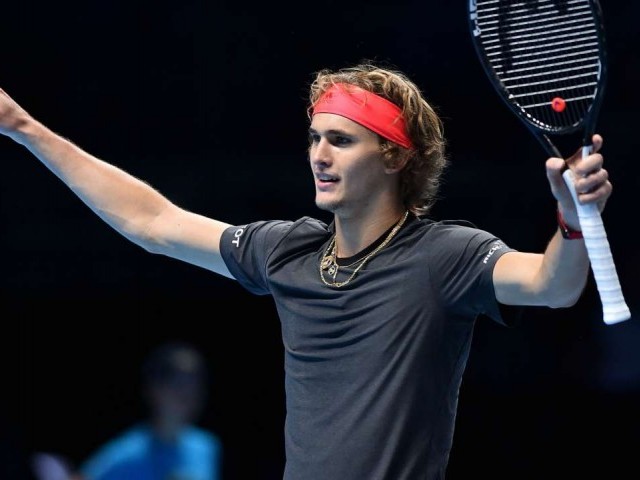 PERTH: World number four Alexander Zverev has hit out at the decision to use tie-breaks in the final sets of the Australian Open, claiming players were not consulted and it deprived the tournament of “something special”.

Organisers have decided to follow Wimbledon in abandoning advantage final sets at the opening Grand Slam of the season in Melbourne next month.

In matches that reach 6-6 in the final set, the winner will now be the first to reach 10 points.

But young German star Zverev, seen as the future of tennis and who had a breakthrough 2018, said he wasn’t a fan.

“We weren’t (consulted) at all. I don’t think any players were (asked), to be honest,” he said in comments in The Australian newspaper Thursday as he prepares for the Hopman Cup in Perth, where he is partnering Wimbledon champion Angelique Kerber.

“I don’t like the change too much because I think it has something special when you go 12-10 in the fifth set, or something like that.

“These are the things we play for, and now, at every Grand Slam except for Roland Garros, there is a tiebreak, which I am not in favour of.”

Australian Open organisers earlier this month said the decision was made “following the most extensive consultation in the tournament’s history”.

Tournament director Craig Tiley said: “We asked the players — both past and present, commentators, agents and TV analysts whether they wanted to play an advantage final set or not, and went from there.”

He added that the choice of the longer 10-point tiebreak would “ensure the fans still get a special finale to these often epic contests”.

Wimbledon said in October it was introducing final-set tie-breaks, but only once the score reached 12-12. The change came after Kevin Anderson’s semi-final with John Isner this year lasted nearly three hours.

Anderson eventually won the fifth set 26-24 but the exhausted South African went on to lose the final in straight sets to Novak Djokovic. Anderson led calls for the rules to be changed.

The Australian Open takes place from January 14 to 27.