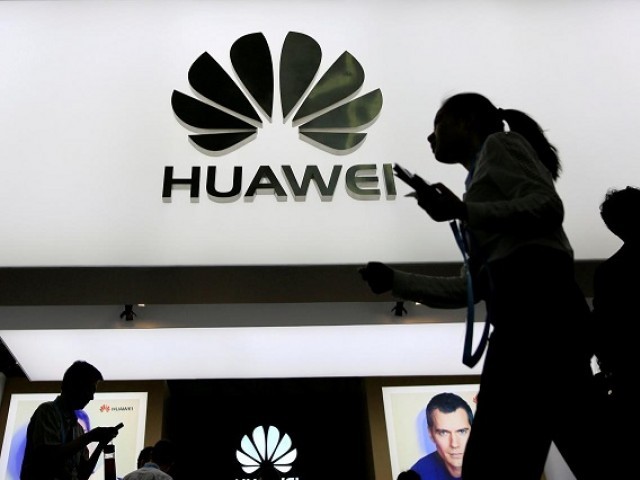 FILE PHOTO: People walk past a sign board of Huawei at CES (Consumer Electronics Show) Asia 2016 in Shanghai, China May 12, 2016. PHOTO: REUTERS

Chinese giant Huawei on Tuesday said the company’s operation has remained normal despite a “complicated environment,” and it is pushing on with 5G development.

Huawei chairman Liang Hua said in a media interview that Huawei will launch its first 5G smartphone model in the first half of 2019, and achieve a commercial scale of the cell phones in the second half of the year.

He said the company is doing well in Germany and has been involved in 5G development and testing with French and Japanese telecom operators.

Liang said the company will invest heavily on research and development to seize opportunities in the wave of digital and intelligent development in the telecom sector and consolidate its advantage in the infrastructure building of information and communication technology.

Headquartered in the southern Chinese city of Shenzhen, privately-owned Huawei is a world-leading telecom solution provider and also one of the world’s major smartphone brands.  Huawei announced on Tuesday that it had shipped more than 200 million smartphones so far this year, a record high for the company.   The company overtook Apple in the second and third quarters of 2018 to become the world’s second-largest phone