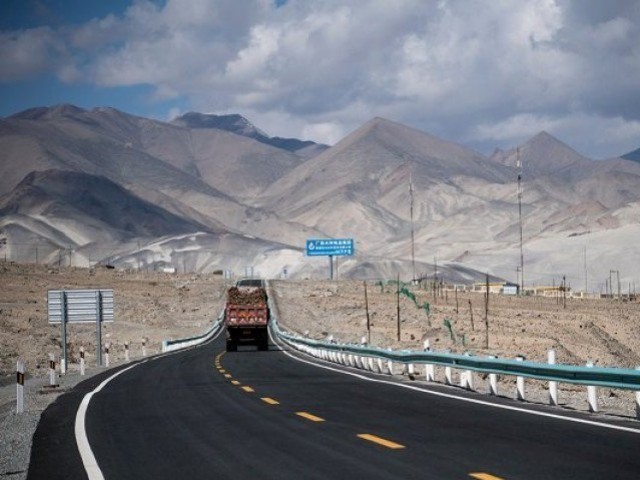 ISLAMABAD: Pakistan will pay $40 billion to China in 20 years in shape of repayments of debt and dividends on a $26.5 billion investment under flagship China-Pakistan Economic Corridor (CPEC), documents of the Ministry of Planning and Development reveal.

Out of $39.83 billion – to be precise – the debt repayments of energy and infrastructure projects amount to $28.43 billion. The rest of $11.4 billion will be paid in shape of dividends to the investors, showed the official estimates.

The figures are significantly lower than the projections made by some private institutions, primarily because the outflows have been worked out on the basis of only $26.5 billion investment.

This suggests that unlike the claims of $50 billion to $62 billion CPEC investment, the actual investment likely to remain half of the initially announced investment figures.

The only major project that can materialise in the next few years is $8.2 billion Mainline-I Project of Pakistan Railways. The mainline project cost has not been included in these estimates.

The Ministry of Finance has also shared these estimates with the International Monetary Fund (IMF) last month, confirmed a government spokesman on CPEC affairs. The country on an average will return $2 billion per annum to China.

These are the first comprehensive estimates of inflows that are based on under implementation projects and the outflows have been estimated on account of debt servicing of energy and infrastructure projects and dividends payments of power plants. CPEC portfolio currently comprises energy projects, being setup by private investors, and infrastructure schemes undertaken by the government.

The commercial loans for setting up power plants have been arranged at an interest rate of London Interbank Offered (Libor) plus 4.5%. However, it is the return on equity, which in some cases is as high as 34.2%, that will cause outflow of $11.3 billion.

CPEC inflows of the existing under implementation projects will dry in 2022-23 when the country will receive $26.5 billion, according to the Planning Ministry’s working. On the basis of these inflows, Pakistani authorities have estimated that the country will return $39.83 billion to Chinese firms.

“CPEC projects inflows will continue till 2030 on account of energy, infrastructure projects that will be based on pragmatic planning on their economic outlook and socio economic, agriculture and Gwadar projects,” said Hasan Daud Butt, official spokesman on CPEC affairs.

To a question, Hasan Daud said both the inflows and outflows have been prepared as per actual investment and are based on projects that are under implementations. He said the Planning Ministry has shared these estimates with the Ministry of Finance and they discussed it with the IMF.

The IMF and the United States have expressed concerns over CPEC debt without acknowledging the benefits of the investment that helped remove infrastructure and energy sector bottlenecks.

However, Pakistan can only sustain these repayments by enhancing its exports. In case the country still remains unable to increase exports despite removal of energy bottlenecks, it will be difficult to manage these repayments.

Assuming that Pakistan-IMF three-year relation will begin from fiscal year 2019-20, the country will repay $4.2 billion to China during this period on account of debt and dividend payments.

In the next fiscal year, Pakistan will return $1 billion to China that will reach to $1.9 billion during the last year of the IMF programme. The CPEC repayments will peak to $3.23 billion in 2025-26 and from that year it will start reducing and ending at $306 million in 2037-38, according to the documents.

The official statistics showed that CPEC inflows on account of 18 energy projects and 5 infrastructure projects that began in 2014-15 would end in 2022-23. Till last fiscal year, Pakistan has already received $11 billion worth of CPEC inflows.

CPEC energy projects outflows have begun from this fiscal year that will continue till 2037-38. Against $2.4 billion Chinese investment in Kohala hydropower project, Pakistan will return $2.3 billion in loans and another $2 billion in dividend payments.

The Port Qasim hydropower project is established at a cost of $2.1 billion and the repayment of debt will amount to $2.1 billion in addition to $1.73 billion on account of dividends. The Sahiwal power plant, setup with an investment of $1.8 billion, will cause $2.14 billion debt repayment and $1.37 billion in dividends.

The Gwadar power project to be setup at a cost of $435 million will lead to debt repayment of $368 million and $417 million in dividend payments. The Thar electricity power plant is being setup with $1.64 billion Chinese investment.

The country will return $1.64 billion in loan and $749 million in dividend. In addition to that, five clean energy projects are being setup at a cost of $1.1 billion and their debt and dividend payments are far higher than the cost.

For Orange Line metro project, the country received $1.6 billion loan including $203.3 million at 5.2% interest rate. It will return nearly $2 billion loan over a period of 20 years.