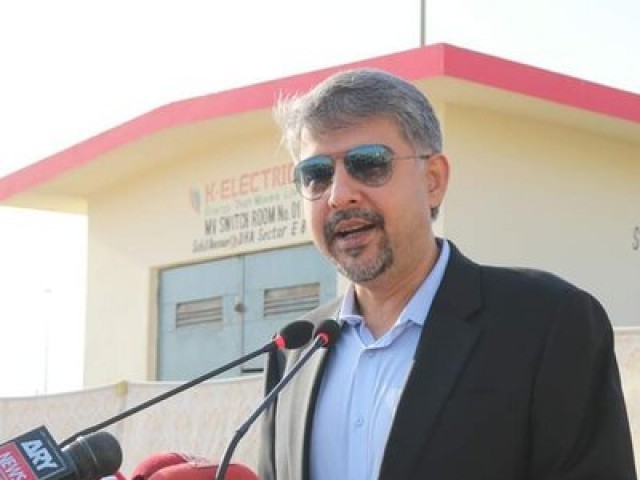 According to his Pakistan Tehreek-e-Insaf’s Official Twitter account, Prime Minister Imran Khan expressed his grievance over Abidi’s murder and called for an immediate inquiry into the matter.

He further said that efforts will be put in place to ensure that the killers will be brought to justice.

I am deeply saddened with the untimely demise of our dear colleague and brother, Ali Raza Abadi. May his soul rest in peace and give solace to his family and friends.
All efforts will be put in place to ensure that killers are brought to justice IA.

Very sad on this terrible tragedy. May Allah bless his soul and Grant patience to his family and friends Ameen! Violence in politics is unforgivable crime. We have to collectively counter violent extremism. https://t.co/O3qumFvVz9

PPP Senator Saeed Ghani lamented Abidi’s untimely demise and said that he “was about to join PPP before 2018 general elections”.

Really sad to hear about Ali Raza Abdi @abidifactor. Had many meetings with him which we both didn't share with media. He was about to join PPP before GE 2018.
May God give their parents courage to bear this irreparable loss.
Inna lilahe wa ina ilehe rajeoon pic.twitter.com/Gm16DcxQjn

Former member of the National Assembly Bushra Gohar expressed her shock over losing “one of the sanest politicians in Pakistan”.

Shocked!!! Gone too soon…#RazaAliAbidi was one of the sanest politicians in #Pakistan – his death is a huge loss. Security failure has become an accepted norm. There will be no accountability-so continue with positive reporting as ordered by #DGISPR #RestInPeace @abidifactor https://t.co/rpmgAk1Csu

PPP leader Dr Nafisa Shah remembered Abidi and questioned: “Who could be so cruel to take the life of a young and promising leader?”

Shocked& shaken 2learn that our former colleague in the #NationalAssembly #AliRazaAbdi has been shot &killed. He was one of MQM's brightest faces from the urban metropolis. Who could be so cruel to take the life of a young& promising leader who had so much to offer to the country pic.twitter.com/p5MJASuKeo

Abid Sher Ali, another PML-N leader, prayed that Abidi’s family gets the strength to “bear this irreparable loss”.

So sad and painful. May Allah SWT grant courage and patience to all family members to bear this irreparable loss. Ameen pic.twitter.com/AyknKdPuXp

He further added that the heinous crime must be investigated and the culprits arrested.

Strongly condemn murder of prominent former parliamentarian Ali Raza Abidi, a leader of MQM Pakistan. This heinous crime must be seriously investigated and the culprits be brought to book. In his death the country has lost a political leader vocal on issues faced by the people.

MNA Mohsin Dawar expressed sadness over the murder the lawmaker being killed in a targeted attack in Karachi.

He demanded that culprits involved to be arrested immediately.

Deeply saddened to know that Ex member National Assembly of MQM has been killed in a targeted attack in Karachi. The culprits involved must be brought to the book. Our heartfelt condolences goes with family and party members, may his soul rest in peace. pic.twitter.com/3b1aj88IrX