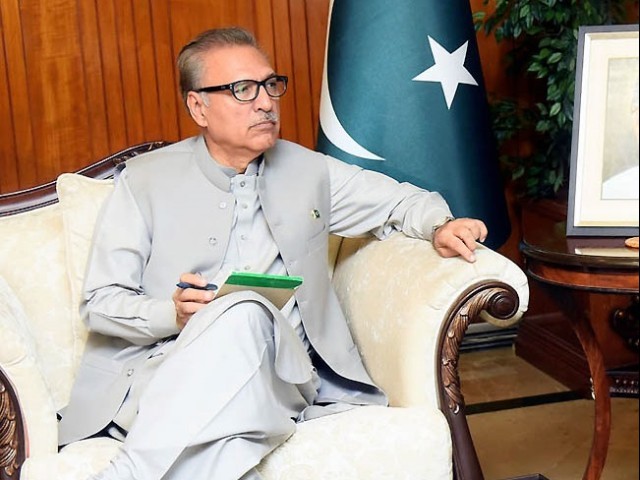 A two-member bench accepted the petition for immediate hearing and directed the Election Commission of Pakistan and the federal government to submit their reply.

Petitioner Azmat Rehan alleged that President Alvi had tampered with court records and was unable to hold the office of the Head of State.

Rehan said Alvi thrice changed his statement in the court during hearings of a 1977 Alvia Trust case against him, claiming Alvi was a co-trustee of it.

The petition said that the PTI leader had submitted inaccurate documents in the court, due to which he acquired ownership of 1,810 acres of land near Hawkes Bay beach.

It stated that the current SHC chief justice had also issued an order against Alvi earlier.

The petitioner wondered how could a person who has ‘’tampered with court records’’ become the country’s president”.

Later, the court adjourned the hearing till January 1.