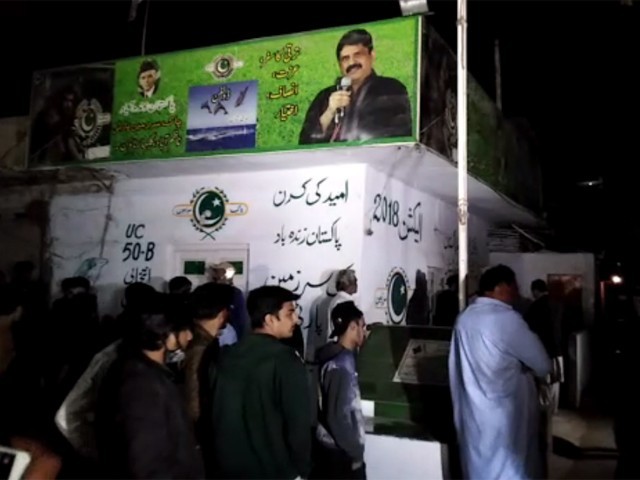 Rescue teams reached the PSP office, situated in Nazimabad’s Gulbahar Town, soon after the attack and shifted the bodies and injured to nearby Abbasi Shaheed Hospital. Injured were said to be in critical condition.

Meanwhile, police and other law enforcement agencies cordoned off the area and launched a search operation to bring the culprits to book.

Earlier this month, at least six people were injured when unidentified miscreants hurled a cracker at Mehfil-e-Milad in the city.

The Mehfil was organised by the Muttahida Qaumi Movement (MQM-P) and Sindh Assembly’s former opposition leader Khawaja Izharul Hassan was present in it.

According to Senior Superintendent Police (SSP) East Capt (retd) Ghulam Azfar Mahessar, the programme was organised without permission of the police. “Two persons got injured in the blast that took place in the city’s Gulistan-e-Jauhar area. It was a cracker attack. Parts of the cracker have been collected from the crime scene by the bomb disposal unit,” he told Express News.