If Nawaz is jailed, again…

If Nawaz is jailed, again…

Here’s what this could mean
By Fahd Husain
Published: December 23, 2018
Tweet Email 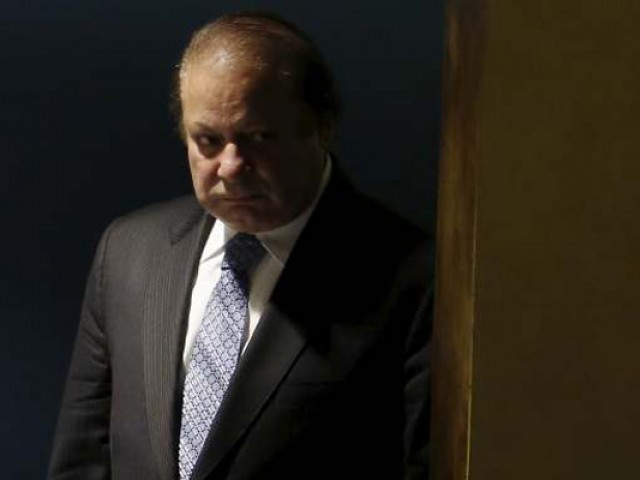 The court of Judge Malik Arshad is all set to announce the verdict on the Al Azizia and Flagship cases tomorrow. If the thrice-elected Prime Minister Nawaz Sharif is held guilty, he will be transported back to jail — again. Here’s what this could mean:

1. With Nawaz and Shehbaz Sharif both in custody, the PML-N will face a leadership dilemma. The party has already formed a four-member committee comprised of Shahid Khaqan Abbasi, Ahsan Iqbal, Khawaja Asif and Rana Sanaullah and this committee is expected to deal with day-to-day matters. However things are not that simple. Nobody has ever made decisions in the party other than the Sharifs. Never. With both the brothers behind bars, will the cadre look up to Maryam Nawaz and Hamza Shehbaz to do the real leading? Hamza is ensconced in Punjab while Maryam is a self-transformed recluse for now. Will this be the first time — ever — that a non-Sharif leadership may actually get a chance to lead? Don’t bet on it. Dynasties rule from exile. Dynasties also rule from jail.

2. So the promised mass-contact movement by the PML-N will kick off at the end of the month. Or will it? The PML-N juggernaut is a shadow of its former fearsome-self. It is out of power, out of favour and almost out of steam. In this state, it is not exactly in a position to light the streets on fire. Press conferences yes, talk shows and seminars sure, tweets and Facebook posts quite possibly; but barnstorming the country raising one royal ruckus? Not really. Unless…

3. Yes unless Maryam Nawaz ends her Raiwind exile and makes a dramatic comeback into the arena. If this were to happen, the mass contact movement could start producing some heat, some light and definitely plenty of sound. But to what end

4. Aye, that’s the rub. What will be the dominant narrative then: Nawaz jailed for the greater glory of democracy or Nawaz jailed because he couldn’t provide the money trail for his assets? Much will depend on who is peddling each narrative and how. The government will crank up the ‘Nawaz as corrupt’ narrative to the maximum and the entire machinery at its disposal will go into 4×4 mode. On the PML-N side, the narrative of ‘Nawaz the martyr’ will be dialled up by vocal party members like Shahid Khaqan, Rana Sanaullah, Marriyam Aurangzeb, Miftah Ismail and, and, …? And that, my dear Noonies, is the point: where have all the big talkers disappeared? Why so quiet? Why so shy? Suddenly, this war of narratives is beginning to sound less like war and more like a walkover.

5. Nawaz also faces prospects of long incarceration, or at best a revolving entry and exit from jail. There will be bail applications and hearings and appeals to the High Court and subsequently to the Supreme Court, but navigating this legal maze will require significant investment of time and sanity. The time and sanity left for strategising, galvanising and energising his party will be that much less.

6. Since he is not a parliamentarian, Nawaz will not get the opportunity to come out of jail like Shehbaz to attend the session. This allows Shehbaz to interact with the top cadre, speak his mind on the floor of the House and get his message across through the media. Nawaz will be isolated. He will receive visitors on designated days and will get briefings from them as was the case during his previous incarceration. But his physical absence — and uncertain future — will have an adverse effect on the overall morale of the party. Unless of course they can build that narrative of ‘Nawaz the martyr’ for the greater glory of democracy.

7. The resilience of the party will be tested in terms of its unity and effectiveness. A structural reorganisation is underway and the party high command has held lengthy meetings in the recent past to decide on a plan of action if their leader is sent to jail. The PML-N is considered one of the well-organised parties at the grassroots level and this organisation — honed over decades — has served it well in times of adversity. How well will this structure hold now is a key question. Party desertions at the local bodies level have already started to take place and plugging these leaks will now fall upon the shoulders of those running the party on a day-to-day basis.

8. The party leadership will face what seems to be a linear attack: throw the brothers in jail, pulverise the dynasty, decapitate the top line of leadership, weaken the structure at the district and union council level and hammer away at the party for an eventual rupture along one or more fault lines. All this may happen under the weight of the Sharifs’ own travails, or it may be hastened by the force of their opponents. To hold the party intact under such circumstances would require the leadership to add meaning and sustainability to the strength of their parliamentary numbers at the Centre and in Punjab.

9. This would essentially mean making their parliamentarians believe that Nawaz is down but not out; that he may be knocked out but he’s still in the ring and there are many rounds to go. The parliamentarians will need to believe that it’s not over for this party and the family that runs it, and in the new scheme of things today’s enemies may be tomorrow’s friends. At the end of it all, the PML-N will need to fight and win the psychological war while embroiled in the political and legal war. Tomorrow’s verdict may heat up this new front while enlarging the scope of the other two.

10. Or tomorrow Nawaz could be declared Not Guilty and then most of it will not matter.

Post-truth politics and the anti-fragile state