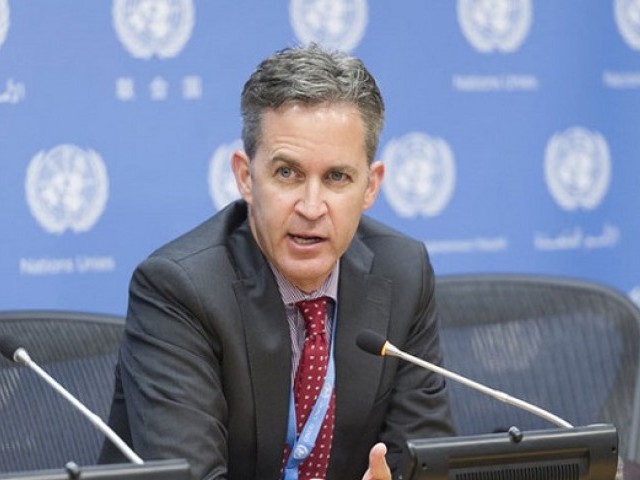 Kaye criticises India for censorship at the expense of freedom of expression. PHOTO COURTESY: RADIO PAKISTAN

ISLAMABAD: UN Special Rapporteur on Freedom of Opinion and Expression David Kaye on Saturday sought an explanation from Twitter over the suspension of accounts in Indian occupied Kashmir (IoK).

Kaye criticised New Delhi for expanding the scope of its censorship tools at the expense of individual rights to freedom of expression, access to information, freedom of association and other fundamental human rights.

The UN official posted a letter addressed to Twitter’s Chief Executive Jack Dorsey, asking the micro-blogging site to explain the suspension of accounts posting Kashmir-related content amid reports it gave in to multiple censorship requests from New Delhi.

The letter is in connection with reports of suspension of multiple tweets related to Kashmir or users “for posting or sharing Kashmir-related content” since 2017 when the valley was choked in the aftermath of Burhan Wani’s killing.

Reminding the Twitter founder of his “responsibility to respect the human rights of its users,” the UN Rapporteur asked him to reveal court orders on tweet removal or suspension of accounts related to Kashmir since July 2017, the number of requests by the Indian government agencies for such actions along with the compliance rate.

According to Twitter’s Removal Requests report, India made 144 removal requests, of which 800 accounts were specified from July 2017 to December 2017 and 17 accounts and 32 tweets were withheld.

Earlier, from January 2017 to June 2017, India made 104 removal requests, but Twitter did not withhold any accounts or tweets during that period, the letter states.

The UN Rapporteur has asked Twitter to explain the “legal, policy or other analysis” that led the social media platform to withhold tweets or accounts related to Kashmir in response to government requests.

The UN rapporteur has also asked Twitter to explain the measures taken to “prevent or mitigate content or account removal requests that are inconsistent with international human rights standards, particularly for requests pertaining to Kashmir-related content?”