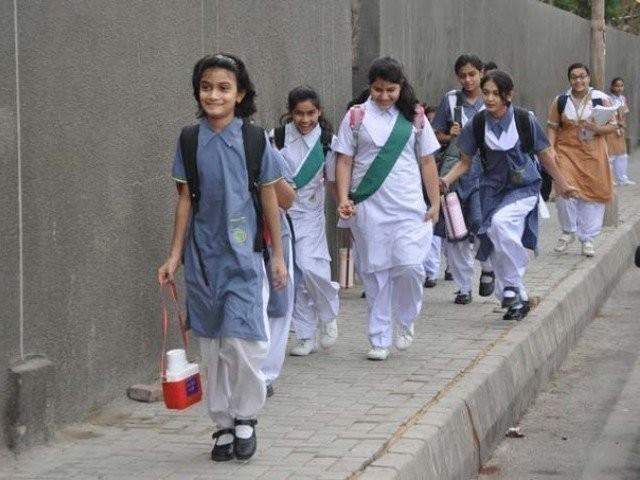 ISLAMABAD: The government is considering the initiation of feasible afternoon shifts in Islamabad Capital Territory (ICT) schools to meet accommodation shortage. The decision is being considered under a new plan being introduced to upgrade facilities and bring out of school children, especially girls to schools.

The students will be provided access to secondary schools either through the establishment of new schools, upgrading existing schools or by providing transport facilities in remote areas.   A document highlighting the present government’s education plans on Friday revealed that missing facilities would also be provided in existing schools to encourage enrollment.  The government will re-assign unused buildings as education facilities as this plan has been successfully implemented in certain parts of Balochistan.

Education data indicates that there are almost 22.5 million out-of-school-children (OOSC) in the country with more girls than boys out of school.

The document further shows that initially the plan will be piloted in ICT schools and later extended across the country in consultation with provincial authorities to address the OOSC matter.

Additionally, the document revealed that the Federal Education and Professional Training Division is all set to maximise existing school infrastructure by consolidating primary, middle and high schools aimed at tackling the issue of OOSC.

The government will focus on Waseela-e-Taleem Programme under which cash transfers for education under the Benazir Income Support Programme (BISP) would be made conditional with the objective to increase primary enrollment.  All provinces are already providing girl students’ stipend for the transition to secondary and will consider better targeting of stipends for improved results.

Catalytic funds will also be utilised to support provincial implementation, especially in disadvantaged areas.  The Education Ministry will actively coordinate with finance departments for timely fiscal transfers to education departments and the efficient utilisation of the existing budget.

Under innovative solutions, Taleemi Razakar Internship Programme will be initiated under which young graduates will be facilitated in teaching in schools voluntarily, especially to fill the gaps in science, mathematics and language teachers.  The Taleemi Razakar will fill the gap in teacher numbers and capacity across Pakistan.

Moreover, Integration of Basic Skills Programme will also be introduced.  The education ministry will mobilise communities for bringing OOSC in schools, increased school enrollment and retention.