Countr­y may have to borrow $4.5b from foreig­n banks to meet financ­ing requir­ement of $22b for FY19
By Shahbaz Rana
Published: December 22, 2018
Tweet Email 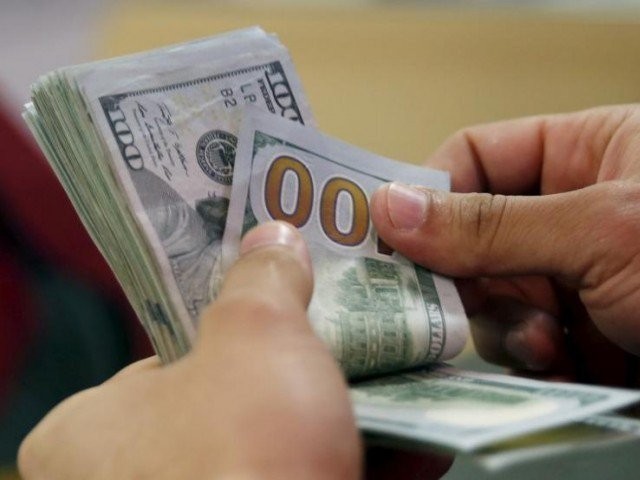 Country may have to borrow $4.5b from foreign banks to meet financing requirement of $22b for FY19. PHOTO: FILE

ISLAMABAD                      : With an announcement by the United Arab Emirates (UAE) that it is giving $3 billion in loans, Pakistan government has bridged half of the financing gap after including Saudi Arabian assistance, but it still waits for another $6 billion that will mainly come from commercial banks.

The Ministry of Finance’s financing lineup shows deposits of $6 billion by the monetary authorities, after the assistance from the UAE and Saudi Arabia. On top of that, receipt of $4.3 billion has been estimated on account of oil financing facilities from the Islamic Development Bank and Saudi Arabia during the current fiscal year.

Still, $4.5 billion would be required in commercial loans from foreign banks to meet the revised external financing requirement of $22 billion, said sources in the Ministry of Finance.

They said Pakistan had already received $450 million worth of foreign commercial loans in first five months of the current fiscal year and it needed another $4 billion in the remaining seven months.

The UAE announced on Friday that it would deposit $3 billion in the State Bank of Pakistan (SBP) to bolster the country’s dwindling foreign currency reserves. With the announcement, the UAE will match the assistance from Saudi Arabia, which had agreed to park $3 billion in Pakistan’s foreign exchange reserves.

In a statement carried by the state-run WAM news agency, the Abu Dhabi Fund for Development said it would deposit the much-needed money in coming days to enhance Pakistan’s liquidity and reserves of foreign currency.

Prime Minister Imran Khan tweeted on Friday to thank the UAE for helping Pakistan in times of distress.

Saudi Arabia has already announced a $6-billion assistance package, equally divided between cash and oil supply on deferred payments. Of that, $2 billion has already been deposited with the central bank.

In the outgoing week, Finance Minister Asad Umar told a parliamentary panel that Pakistan would pay 3.18% interest on the Saudi loan.

“It is expected that loan terms for the UAE financial assistance will be similar to the Saudi loan,” said a senior government official.

The cost of borrowing from Saudi Arabia is almost triple the price China has charged for placing $3 billion with the SBP as a deposit.

For the current fiscal year 2018-19, the finance ministry has projected that gross external financing requirement of Pakistan will be $22 billion, down from initial estimates of $28 billion. This is primarily due to reduction in the current account deficit projection from $19 billion to around $13 billion, according to the ministry’s estimates.

During the first five months of FY19, the current account deficit stood at $6 billion, which was 11% less than the comparative period of previous year. But the pace was not enough to restrict the deficit to $13 billion in the remaining seven months of the year.

Debt servicing has now been estimated at $8.8 billion, suggesting repayment of some of the maturing deposits has been deferred.

The government has dropped the plan of issuing $3 billion worth of Eurobond and Sukuk in the current fiscal year and proceeds of only $700 million have been projected, probably on account of Diaspora bonds.

Commercial borrowing has been replaced with sovereign bonds aimed at avoiding a high financing cost in the absence of an International Monetary Fund (IMF) programme. But this will increase refinancing risks due to the short tenor of commercial borrowings.

Another $2 billion is expected to come from some “unidentified sources”.

Nearly $2 billion in Chinese project financing has been estimated for the current fiscal year to meet the financing gap.

The government has not pinned high hopes on the World Bank and the Asian Development Bank (ADB), also because of delay in finalisation of the IMF programme. Total policy loans from these two organisations have been estimated at less than $300 million.

Project financing from these two organisations has now been estimated at slightly over $1 billion.