US to boost financing for Ukraine navy after Russian attack

US to boost financing for Ukraine navy after Russian attack 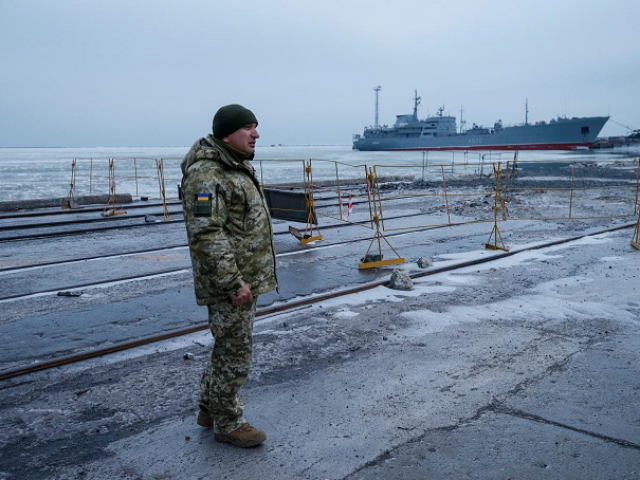 A command ship of the Ukrainian Navy of Donbas is seen in the Azov Sea port of Mariupol, Ukraine December 2, 2018. PHOTO: REUTERS

WASHINGTON: The United States will provide an additional $10 million in military financing to Ukraine to bolster its navy after Russia captured three Ukrainian vessels at sea last month, in a “dangerous escalation,” the State Department said on Friday.

The move comes after Lithuania and the United Kingdom increased their security assistance to Ukraine, the department said, following the Nov 25 attack near the Kerch Strait.

“The United States calls on Russia to immediately return to Ukraine the seized vessels and detained Ukrainian crews, to keep the Kerch Strait and the Sea of Azov open to ships transiting to and from Ukrainian ports, and to respect Ukraine’s sovereignty and territorial integrity,” the State Department added.

Russia opened fire on the Ukrainian ships and then seized them and their crews near Crimea – which Russia annexed from Ukraine in March 2014. The Kerch Strait is the only outlet to the Sea of Azov and controls access to two major Ukrainian ports.

The incident prompted US President Donald Trump to call off a meeting with Russia’s Vladimir Putin in Argentina to signal Washington’s disapproval of Russian behavior in the naval clash with Ukraine.