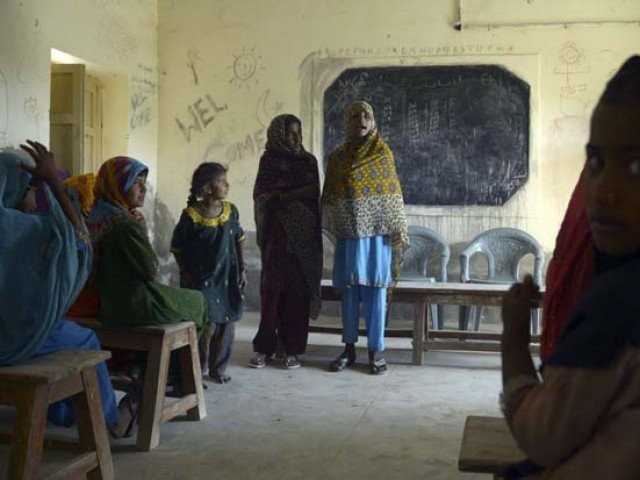 HYDERABAD: Of the around 2,247 schools in Umerkot district, which largely consists of desert area, 300 schools are operating in the buildings which have been officially declared dangerous due to their crumbling condition. Another 1,593 do not have electric supply, 1,340 lack toilets and 692 do not have boundary walls.

The statistics were disclosed in a meeting of District Reforms Oversight Committee (DROC) chaired by Umerkot deputy commissioner, Nadeemur Rehman Memon, at his office on Thursday.

“The condition of schools is far from satisfactory,” said Memon. “In every new meeting, the statistics about schools lacking facilities show an increase while decisions taken in the past meetings have not been implemented.”

He asked the officials to immediately provide photographs of all the 300 schools operating in the rickety structures so that he could convey the gravity of the issue to the authorities for a swift response.

He lamented that the DROC’s members were not performing their obligation of regularly checking conditions of the school buildings and addressing the identified problems. The DC asked the district education office to write a letter to the secretary to initiate an inquiry against the executive engineer of school works.

Memon directed the officials to provide the Sindh Education Management Information System (SEMIS) code to 443 schools in the district without further delay. He also asked the officials to prepare a list in three days of Sindh Education Foundation (SEF) funded private schools which are operating within 1.5-kilometre radius of the government schools.

Reform Support Unit’s district officer Luqman Nohri informed the meeting that 40% of the government girls schools are closed in the district.