Shah says he wanted to awaken bureau­cracy to the plight of educat­ion sector in Sindh
By Safdar Rizvi
Published: December 21, 2018
Tweet Email 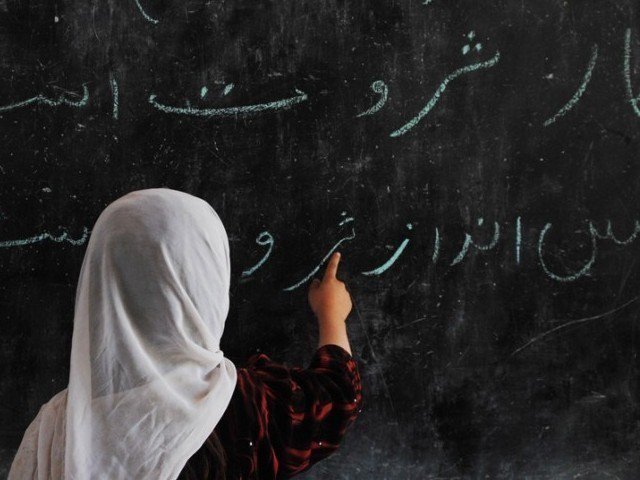 KARACHI: The first few days were the most difficult. Kaif-ul-Wara, the minor daughter of Sindh Education Minister Sardar Ali Shah, struggled to come to terms with the sudden change. Her new school, the Government Girls Pilot (Miran) Secondary and Primary School in Heerabad, seldom had electricity, the furniture was in ruins and the only auditorium was non-functional.

But her father had to make a point. As education minister, Shah wanted to set an example and also highlight the issues faced by public schools in the province. He did so by enrolling his own daughter and two nieces, Umeza and Aliza, to the school. In his own words, Shah “wanted to shake the collective conscience of Sindh’s bureaucracy”. Whether he managed to inspire or not remains to be seen.

Girls school in Mardan’s Garo without teacher for six months

Gradually, Kaif-ul-Wara warmed up to the idea – made friends and took an active interest in her studies.

Addressing a gathering of select journalists at his office recently, the provincial education minister delved into why he believed it was important to take the step. “My daughter was enrolled in grade 4. At the school, there is load shedding from 9am to 1pm, which means there is practically no electricity during teaching hours,” he said. “The seats and desks are all broken,” he narrated, adding that no additional funds had been allocated for the school even after his daughter’s admission. What he failed to explain was whether he had taken any action against his subordinates for the prevalent situation.

Speaking about the public response to the move, Shah expressed bewilderment at people’s lack of trust. “After my daughter was enrolled, people from all walks of life started coming to the school to see if she was actually attending the classes or if it had been just a publicity stunt.”

In response to a question, the education minister said he could have enforced it upon all government officials to send their children to public schools. “I did no such thing. I did not want to take any coercive measure. Rather, I wanted to awaken the conscience of the bureaucracy.”