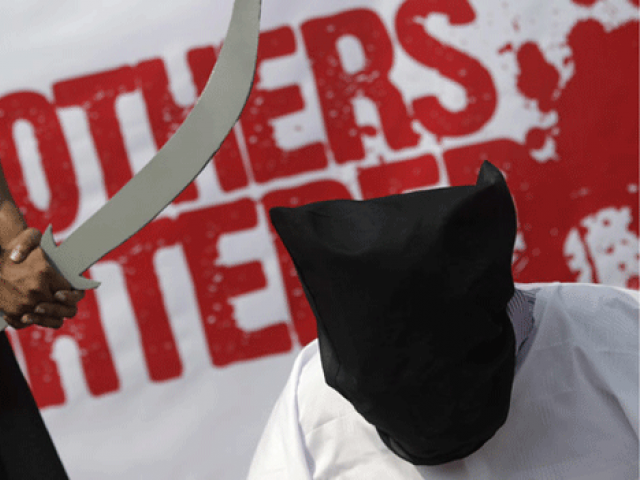 17 Pakistani nationals put to death in this year, according to Foreign Office. PHOTO: REUTERS/FILE

ISLAMABAD: A total of 62 Pakistani nationals have been executed in the Kingdom of Saudi Arabia (KSA) for drug smuggling in the last five years, according to the Foreign Office on Thursday.

The ministry said that 17 Pakistanis had been executed in this year alone while 13 were hanged on drug smuggling charges in 2017.

Thousands of Pakistanis detained and sentenced to death in Saudi Arabia: Report

Similarly, as many as 1,764 Pakistanis were behind bars in the kingdom on drug trafficking charges, which is 47% of the total Pakistani prisoners in the Arab country.

The ministry said a coordination office is working with the Saudi embassy in Islamabad for formal liaison with anti-narcotics authorities.

Furthermore, a memorandum of understanding (MoU) on controlling illicit drug trafficking and psychotropic substances is also under consideration between the two countries to control drug trafficking.