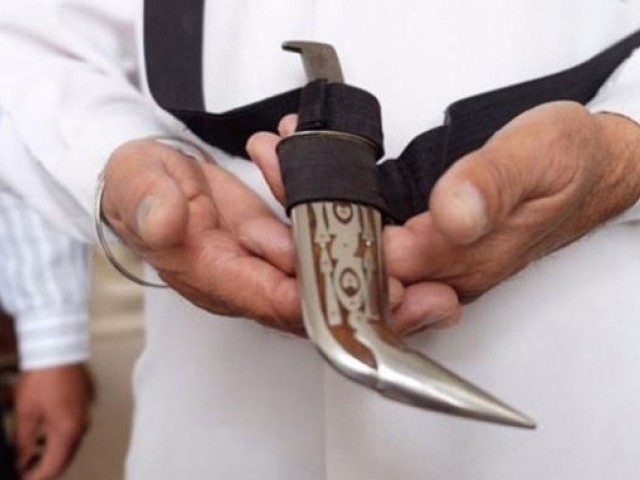 PESHAWAR: The representatives of the Sikh community in a meeting with the Khyber-Pakhtunkhwa law minister explained the problems they face in carrying their religious symbols around, particularly the curved dagger, kirpan.

Law Minister Sultan Muhammad Khan told the delegation led by MPA Ranjeet Singh that he will try to resolve the matter.

Sikh community leader Baba Ji Gopal Singh said: “we have to leave kirpan at gate of different institutions during checking, which is a clear violation of our religious obligation to carry it with us.”

The five Ks are five items that Guru Gobind Singh commanded Khalsa Sikhs to wear at all times in 1699. They include Kesh (uncut hair), Kangha (a wooden comb for the hair), Kara (an iron bracelet), Kachera (100% cotton tieable undergarment) and Kirpan (an iron dagge). These five Ks are not just symbols, but articles of faith that collectively form the external identity of the Khalsa.

The delegation members said they also face problems wearing turban while riding motorbikes. It was not possible for them to follow the helmet rule, they said. The Sikh community has demanded legal exemption to observe their religious obligations.

They told the minister that in many countries there is legal permission for the observance of aforementioned obligations.

They also demanded for a legal advisor for minorities for explaining their cases before the legislature.