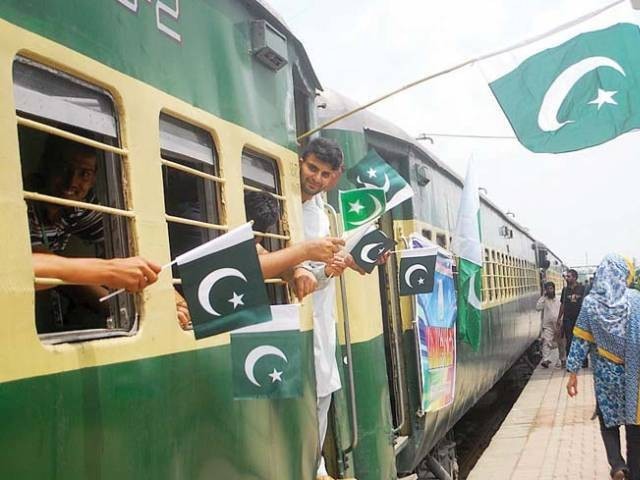 Trackers installed in trains will update customers about locations, stations and even speed of the locomotive. PHOTO: EXPRESS/FILE

ISLAMABAD: Syed Mudassar Hussain, an Informational Technology expert on Wednesday said Pakistan Railways is all set launch a mobile-based application to facilitate a large number of customers by providing them information about timings and location of the train besides enabling them to get tickets online.

He said trackers would be installed in all trains that would update the customers about locations, upcoming stations and even the speed of their train. On experimental basis, the trackers were installed in few trains to measure the app’s performance and results were 100%, he added.

Mudassar Hussain said this mobile application was much better, faster and advanced to get information as compared to previous system of inquiry through 117.

“I would like to gift this mobile application to Prime Minister Imran Khan and will not charge a single rupee from the government for developing it,” said the IT expert.

The expert said all the profit of this mobile application received through advertisement would go to the Pakistan Railways, which would manage and run this application.