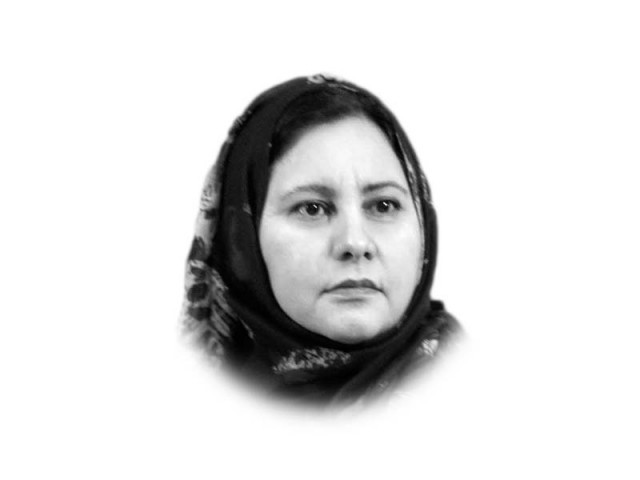 Since long, there have been Joint US-India statements against Pakistan asking it to “dismantle safe havens for terrorist and criminal networks”, to “call for Pakistan to bring the perpetrators of the November 2008 terrorist attack in Mumbai to justice”, and calling on “Pakistan to ensure that its territory is not used to launch terrorist attacks on other countries”. These have all been an attempt to move India’s Pakistan-bashing from a bilateral to an internationalised phenomenon of bringing disrepute to Pakistan globally. The same was reiterated in the 2+2 Dialogue of September 2017, wherein the message for Pakistan was to “ensure that its territory wasn’t used to launch terror attacks on other countries”.

In this context, it is vital for Pakistan to address India’s accusation-rhetoric, not only proactively, but in a manner that resounds in international platforms, to prevent targeted isolation of Pakistan in the evolving geo-strategics and geo-economics.

On October 18, 2018, the Indian Defense Review published a story by Lt Gen (retd) Prakash based on information from the Indian Intelligence Bureau. In addition to re-accusing Pakistan of 26/11, he wrote that LeT and JeM cadres were being trained by the Pakistan Army as divers, for an attack on Indian coasts of Gujarat and Maharashtra in the month of October — an attack which never happened. The conspiracy-driven story only lowered the journal’s prestige.

About 26/11, perhaps Prakash does not remember India’s extreme negligence in the inquiry of the Mumbai Case, which had led many to believe that India is not serious about its coastal security. In the Mumbai Case, from the beginning we saw a weak interrogation of the prime suspect, being interrogated by staff that couldn’t speak Urdu but only Marathi. Pakistan jailed seven possible suspects of the Mumbai attacks at the behest of the Indian government and started the trial, but the ultimate evidence and witnesses of the crime that lay on the other side of its borders were denied access to Pakistan, rendering the case unresolvable!

At the end of the trial, immorally so, the Indian court made a unilateral decision of hanging Ajmal Kasab, when the case was still pending between the two countries. The Indian court hanged Kasab for being ‘individually responsible’ for all the stated crimes. But the Mumbai trial was not a trial of one man, it was a trial of ‘terrorism’, the victim of which was a whole country. The people of India deserved to know the truth, but the Indian government failed to find it out.

Yet after closing the Mumbai trial in an abrupt manner, the Indians are persistent in reminding Pakistan that the Mumbai Case is yet to be resolved!

The General has also mentioned intelligence reports talking of al Qaeda’s footprints in Kerala since early 2000s, aimed at raising the militant wing of Popular Front of India (PFI), an extremist and militant Islamic fundamentalist organisation based in Delhi. India has a 172 million-strong Muslim population, and if India fails to address their grievances, they are bound to look for alternative paths.

Pakistan has learnt its lessons too. With several major counterterrorism operations, it has been successful in rooting out foreign-implanted terror elements and their internal abettors. We know our enemies and also that we ourselves are responsible for the safety of our people and the integrity of the nation. But sadly, our neighbour relies more on blame game and less on practical efforts.

Perhaps, someone should remind India of its decades-long unsuccessful counterterrorism efforts in the northeastern states of Mizoram and Nagaland, where economic deprivation and political isolation are the sole grievances. Kerala is also a case of mistrust between the people and the BJP government. India harboured AQIS and ISIS elements in the country to use them for cross-border infiltrations, neglecting the fact that the same elements will have become the reason for rise of extremism in a dissenting Kerala.

In the aftermaths of the Mumbai attacks, India had vowed to overhaul its maritime security policy and promised the safety of its coasts. Today, India poses to be a regional contender of the Indian Ocean, yet as the General was rightly concerned, the Indian Navy has failed its coastal security. According to the General, the Indian Navy only has six 30-year-old minesweepers that too are to be decommissioned in end-2018. Which means that divers from anywhere in the world can penetrate Indian coastlines, sabotage their naval functions and pose a threat.

India’s 7,516-km coastline has potential dangers from others, including Sri Lanka and Bangladesh too. Having more than a dozen port cities, trading regionally and internationally, Indian coasts are plagued with smuggling, of gold, luxury items, heroin and hashish, etc. Illegal migrations from Bangladesh and border-crossing in and out of Sri Lanka are common worries. With limited policing facilities, the long, porous coastline is always vulnerable. With PM Modi, Indian maritime policies have shown great leaps in programmes such as the MAUSAM and India’s Act East, whereby more avenues of economic and strategic partnerships are being sought. Yet there is little or insufficient planning for coastal security and surveillance over coastal trade — an unfulfilled promise that the Indian government had made with its people post-26/11.

You are either with us or with the enemy