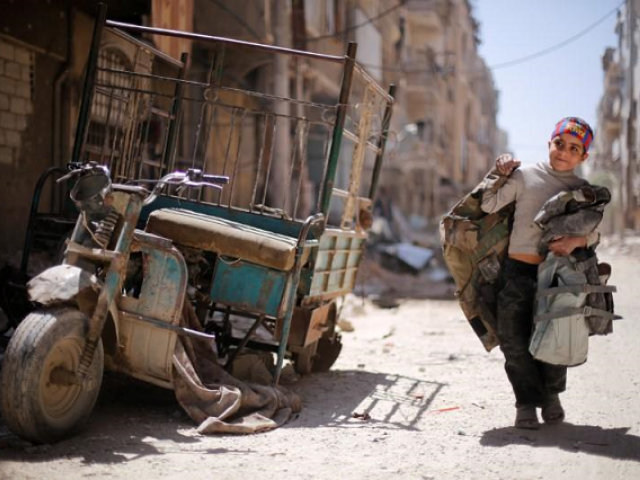 A boy walks along a damaged street at the city of Douma in Damascus, Syria, April 16, 2018. PHOTO: REUTERS

WASHINGTON: The United States is to fully withdraw its troops from all of Syria, a US official told AFP Wednesday, after President Donald Trump said the Islamic State group had been “defeated.”

Turkey to launch operation against Syria Kurd militia within days

“Full withdrawal,” the official said on condition of anonymity.
“We will ensure force protection is adequately maintained, but as quickly as possible,” the official added when asked for a timeline.