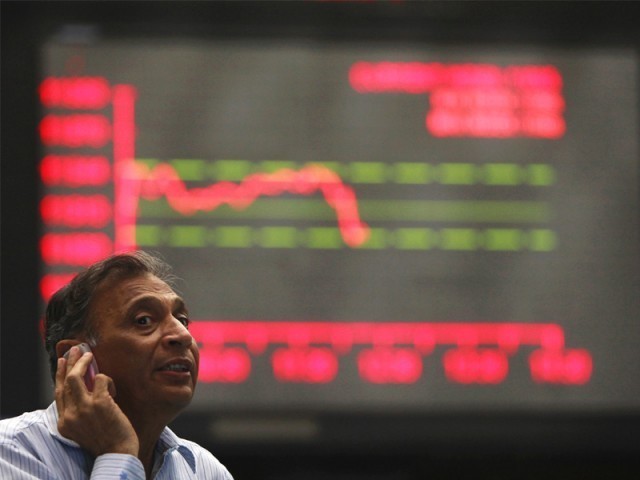 The KSE-100 index opened downwards as lack of positive triggers kept investors sidelined. The index maintained its decline owing to economic jitters and lower international oil prices. However, later in the day investors took to cherry-picking stocks, which led the index to surge in to the green territory. However, the positivity was short-lived as the index finished in the red.

Elixir Securities’ analyst Murtaza Jafar said the market kicked off on a negative note as selling pressure was witnessed in energy stocks on the back of continuous free fall in international oil prices.

“[We] expect market to remain range bound, however, any positive news flow during the upcoming session from the Joint Coordination Committee (JCC) meeting in China will likely lift the investors’ sentiments,” the analyst added.

Overall, trading volumes increased to 101 million shares compared with Tuesday’s tally of 90.6 million. The value of shares traded during the day was Rs4.71 billion.

Shares of 345 companies were traded. At the end of the day, 115 stocks closed higher, 200 declined and 30 remained unchanged.

Foreign institutional investors were net sellers of 1.17 billion worth of shares during the trading session, according to data compiled by the National Clearing Company of Pakistan.

US, China spar at WTO, blame each other for trade crisis