Maryam wrote many books extoll­ing Islam as a faith and condem­ning the West as a way of life.
By Khaled Ahmed
Published: June 12, 2011
Tweet Email 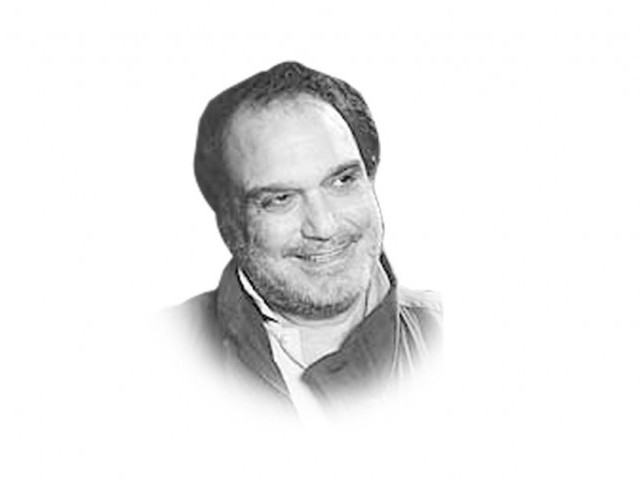 Margaret Marcus, daughter of secular-Jewish Herbert and Myra Marcus of New York, suffered from diagnosed schizophrenia. She was rebuffed by two colleges and finally consigned to a mental asylum. Somewhere in the midst of all this, she embraced Islam. She took the name of ‘Maryam Jameela’ — probably in reaction to a rape she suffered in her pre-teens and to compensate for her impaired looks — and began writing to Maulana Abul Ala Maududi, arguably the greatest living Islamic scholar in the world at that time, at the recommendation of Syed Qutb of Egypt. This was in 1962.

According to The Convert: A Tale of Exile and Extremism (Graywolf Press Canada, 2011) by Deborah Baker, an autistic Maryam, who spoke complete sentences when she should have started baby talk, was probably a savant (p.90). Her alienation from America resulted in her objections to the state of Israel and its treatment of Palestinians, at times making her violent (p.115). At the age of 15, she was writing a novel with a Palestinian as the hero, whose portraits she drew herself.

Maududi, not told about her illness, thought she would be lost in America where she was socially intensely alienated, and decided to adopt her and give her a normal life as a Muslim married to a good man of his choice. He invited her to come to Lahore to live in his home. Busy building his own case against western culture and civilisation by ploughing through western philosophers, he failed to recognise her rejectionism as pathology. Maryam’s split-personality built the narrative from then on, passed on to us by the author, a narrative which was to be finally destroyed by reality.

But Maryam constructs many schizophrenic narratives before the author, pursuing her to Lahore in 2007, and finally lays bare the real saga of her ‘extremism’. This is done with great objectivity and sympathy. Finally, the book comes out fair to the great man Maududi and to a pathetically isolated Jameela, sustained by her instinct of survival against a death-giving illness, in her house in Sant Nagar, Lahore, still constructing a new narrative of herself from her split soul.

Maryam’s stay with the Maududis was not happy. The letters unearthed from her archives in New York showed Maududi changing towards her, becoming cold and then sending her away to a friend in Pattoki before consigning her to a pagal khana, Lahore’s well-known mental hospital, just as her parents had done back in New York. Her paranoia is carefully hidden when she writes to her sister that she feared for her life from him. We are not told what she did in Lahore to offend Maududi and his family, and finally what she did to the couple at Pattoki to land in the pagal khana. She later confesses to the author that she had struck the lady of the house on the head with a frying pan! (p.195)

Maryam was influenced by another alienated-from-the-West Jew, Leopold Weiss aka Muhammad Asad, who ended up writing arguably the best commentary of the Quran the Muslims have known. His blueprint for the new state of Pakistan was to be based on the advice of careful avoidance of western secularism. She read his classic Road to Mecca to confirm her split from American society and reached out to Syed Qutb, yet another person traumatised by American society, which he thought was based on pleasure (practice) as opposed to Islam which was based on piety (theory).

Ironically, Asad, too, had contact with Maududi in the Punjab Hills, rescuing him and his followers by trucking them to Lahore single-handedly from Pathankot following Partition in 1947. But Asad could be violent like Maryam. He regrets in his autobiography that he wrecked the shop of a Hindu milk seller in Kashmir because he served Muslims in separate glasses! (Muhammad Asad Banda-e-Sehrai, memoir translated by Muhammad Ikram Chughtai, Truth Society Lahore, 2009, p.54)

Author Baker’s meeting with Maududi’s son Haider Farooq was to be revealing (p.189). He disclosed that Maryam’s marriage to Yusuf Khan of Sant Nagar in 1963 was not arranged by Maududi but was an act on the part of Khan, to which Maulana Maududi had reacted in great rage. Khan survived as the Maulana’s sales agent for his publications, aspiring to beget as many children as his guide: Nine! He eventually caused simultaneous pregnancies to Maryam and his first wife, till they ended up giving him nine plus five, 14 children! Maryam’s children were not brought up well. Despite her hatred of America, her two sons ended up migrating to America, where both are said to be socially maladjusted.

Maryam wrote many books extolling Islam as a faith and condemning the West as a way of life, in one case focusing on principles and in the other on existential details. She attacked modernist Muslims like Ziya Gokalp, Syed Ahmed Khan and Taha Husain, while exposing the hostility behind the writings of Wilfred Cantwell Smith (p.45). Her articles appeared in Egypt’s Voice of Islam taken out by Hasan alBanna’s son. She pamphleteered for Jamaat-e-Islami during the Afghan jihad, but when queried on the anti-Muslim cruelty of the Taliban by the author, she condemned the Taliban and al Qaeda faith as being beyond the pale of Islam, unaware of the fact that her first inspiration, Syed Qutb, was now the presiding saint of al Qaeda.

But when asked questions arising from the implementation of sharia, Maryam hedged and answered with ‘ask the ulema’ because she preferred to remain utopian. She condemned 9/11 and forswore support to Taliban (p.205) as if she suddenly didn’t want to own the extremism her split-personality had caused her to embrace. She wrote to author Baker in 2009 requesting two copies of the planned book (p.221). Maryam Jameela still lives in Sant Nagar, Lahore, an Islamic scholar and mother of five, an admirable survivor where most usually succumb less prominently.

In the national interest