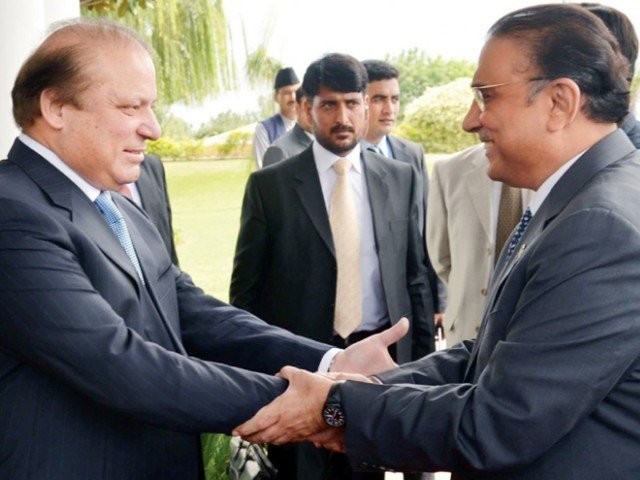 RAWALPINDI: Federal Minister for Health Amir Mehmood Kiyani has said Asif Ali Zardari and Nawaz Sharif sucked blood of the nation during their rules and looted their wealth.

The federal minister made these remarks while speaking to journalists on Sunday during his visit to the Cantonment General Hospital Rawalpindi. He added the nation knows of the wrongdoings done during the Pakistan Peoples Party and Pakistan Muslim League-Nawaz (PML-N) regimes.

“Health and education was not among the priorities of the former rulers but our government shall invest in the people like never before,” he said, adding health cards shall soon be distributed to 20 million people by the end of this month.

“The masses hate the PPP, PML-N and thus brought us into power through their votes,” said the minister adding it is only the people who have brought them to power and not any ‘other force’.

Kiyani further added former president Asif Ali Zardari claims some ‘unnamed force’ has brought us into power and that our government will not stay for long but the PPP co-chairman must also remember how he and the PML-N supremo have destroyed the nation during the last fifty years.

“Our government has to work tirelessly to get Pakistan back on track as we cannot treat cancer with panadol,” said the health minister bashing the previous rulers for leaving the country in a terminal state.

Meanwhile, during his visit to the cantonment hospital, Kiyani noted there were many issues in the hospital which needed to be solved.

“I have advised to prepare PC1 for the departments that are to be upgraded,” he said adding the ministry shall We shall abolish OPD charges and other fees in the cantonment hospital.

The health minister further stated his plans of establishing a transplant centre here at the hospital and pledging to improve conditions of the dispensaries as well as raise their number.

“I shall pay a surprise visit to the hospital some day and see the patients,” the minister said announcing four big hospitals will be set up in the twin cities.

Later, the federal minister visited Emergency and gynaecology wards where the hospital administrator and executive officer briefed him about the hospital.