Pitbull just pulled a Ko Ko Korina and the reactions are priceless!

Pitbull just pulled a Ko Ko Korina and the reactions are priceless!

'We’ve gone thru enough this year. It doesn’t have to end this way,' a user wrote
By Entertainment Desk
Published: December 15, 2018
Tweet Email 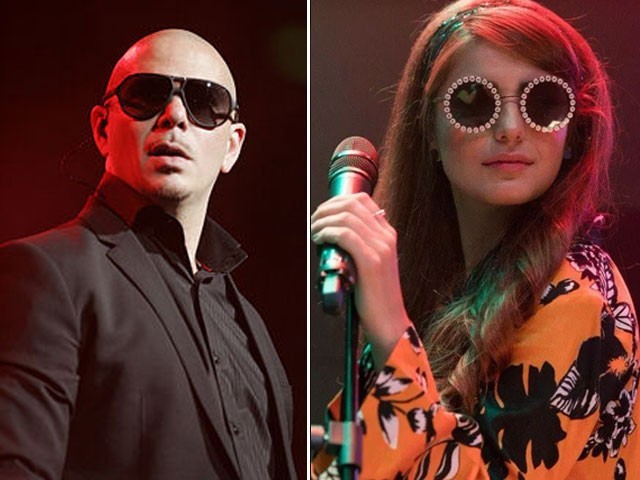 Jason Mamoa and Amber Heard’s latest venture is DC’s Aquaman. While the film is running successfully, with some citing it as the only saving grace of superhero production giant, the OST of the film recently made headlines.

On Thursday, rapper Pitbull released his version of Toto’s Africa. The song, which features vocals by Rhea, is called Ocean to Ocean, but the chorus and background instrumentals are clearly from the Toto classic.

The rendition by famed rapper Pitbull triggered some strong opinions online. Mr Worldwide just pulled off a Ko Ko Korina and we are having a blast! Here are the funniest reactions:

Siri, show me the worst possible combination of wordshttps://t.co/zU4HxqZk7M

It took 34 years, but I've found the worst song in recorded history. It's Pitbull's take on Toto's "Africa" for Aquaman and its awfulness is a spectacle to behold. From the speaking intro to every Pitbull "whooooo" coming out of the hook. It's glorious. https://t.co/RUnR0f2GKt

Here’s what we’re gonna do. We are just going to ignore Pitbull’s version of Africa. Straight up pretend it doesn’t exist. We can do this. We need to. We’ve gone thru enough this year. It doesn’t have to end this way. #PitBull #AquamanMovie

Pitbull doing a cover of Africa by Toto has to be the worst thing that has happened in 2019. Prick

Whoever let Pitbull get his hands on Toto Africa needs to go home and think about what they have done!

Just heard Pitbull's rendition of Toto's Africa. It's as bad as you expect. pic.twitter.com/xpZz7MDIj9

when Pitbull is in a cover of Africa by Toto pic.twitter.com/49xwqVDaLZ

Momina Mustehsan, are you reading this?