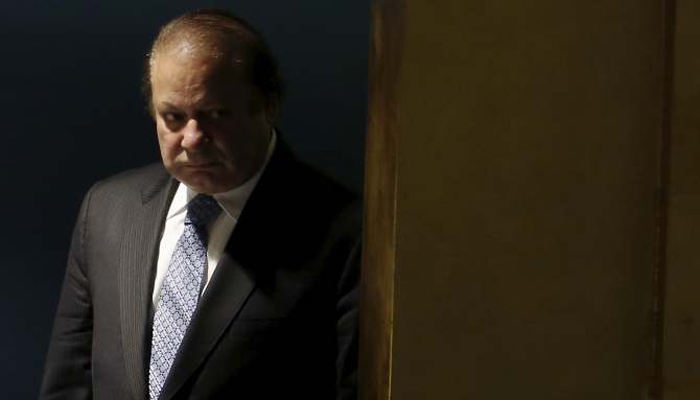 ISLAMABAD: Former prime minister Nawaz Sharif has submitted new evidence in the accountability court pertaining to Hasan Nawaz’s property in Britain on Friday as the court adjourned hearing of the Flagship Reference against the Sharif Family till December 17.

Sharif’s counsel Khawaja Haris while responding to a question pertaining to his client’s competence as Sadiq and Ameen said, the Supreme Court disqualified Sharif for concealment of assets but he has not indulged in forgery or lies and the verdict was given for not disclosing receivable salary as his asset. “As per the charge sheet, Sharif was not sent any money from the Flagship Investments,” said Haris.

He further pleaded before the trial court his client was accused of being real owner of offshore companies and the charge sheet read his sons were the ‘benamidar’ of these assets. “Hasan Nawaz was running a business related to buying and selling of properties. We will submit more evidence after getting it verified,” read the reply.

Meanwhile, Haris also said as per the case, Sharif is accused of being the true owner of all the companies. An accusation made in the charge sheet states his sons as Benami although Hussain Nawaz was 28 years old in 2001 while Hasan was 25 years old. As per the charge sheet, Hasan Nawaz was under the guardianship of his father between 1989-90 and 1994-95 while the Flagship Investments was established by him in 2002.

He also told the court, name of the former premier was mentioned only with the Capital FZE amongst the companies listed in reference while he had never accepted any connection with the business of his sons before the National Assembly or at any other forum.

Subsequently, the accountability court judge Arshad Malik demanded whether difference between establishment of Flagship and Al-Azizia was on only April and May, to which Haris said only Capital FZE out of all the companies had stated the name of Nawaz Sharif. The company was set up in 2001 but Sharif acquired visa on the company’s name in 2006. Sharif’s passport copy submitted at the court shows Dubai visa. The visa also makes mention of chairman Capital FZE

Sharif’s counsel further informed that according to charge sheet, Hasan Nawaz gave 800,000 pounds to Maryam Nawaz as gift in `2012-13 but no sum of money was sent through Flagship Investment.

Judge Malik said the case appears to be an exchange of money within the family.

The court later adjourned until hearing of the case wherein Haris would continue his final arguments on Monday December 17.