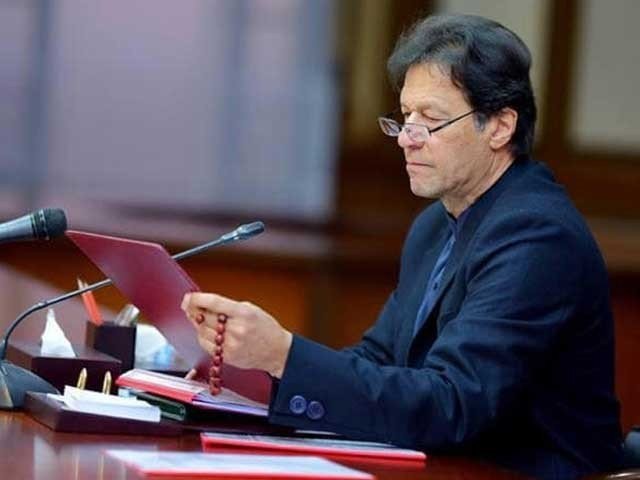 Premier on Wednesday ordered initiation of an immediate inquiry against heads of the state-owned gas companies. PHOTO: EXPRESS

On Wednesday, the premier had ordered an investigation against the management Directors (MD) of SNGCL and SSGCL after a crippling gas shortage hit the country.

A notification for the suspension of the board of directors will be issued by the petroleum division today.

The prime minister had also ordered the constitution of a fact-finding committee in this regard. The committee will conduct an inquiry against the managing directors. The report of the committee will be submitted in 72 hours.

PM Khan had ordered an inquiry against the two MDs of both state-owned gas companies following a briefing by petroleum minister regarding the gas crisis in the country.

The PM, however, had instructed to strengthen the planning for meeting the gas demand and supply and ensure no such situation resurfaces again in the future.

Petroleum Minister Ghulam Sarwar while briefing the meeting about the on-going gas crisis had put the responsibility of gas crisis on SNGPL and SSGCL.

Neither the SNGPL had informed about the actual demand of gas for December nor SSGCL informed about faults in the compressors, said petroleum minister while briefing the meeting.

The meeting was informed about the domestic gas production that at present SSGC was getting 1,200MMCFD indigenous gas which was 1,280 MMCFD in December 2017. This shortfall of 80MMCFD was due to the natural depletion of indigenous gas reserves.

In addition to this, gas supplies from three fields namely Kunner, Pasaki and Gambat have been reduced by 50 MMCFD, from November 22, 2018, as a consequence of curtailment due to condensate storage problem at the fields and refineries.

Due to reduced production of domestic gas, gas consumers of Karachi faced gas shortage problems while a shortage of gas in the north was due to faults in the gas compressor at Nawab Shah and Saran.

With regard to measures taken to control gas crisis, PM was informed that scheduled eight cargos of LNG would arrive in the country on time and efforts to increase domestic gas productions are at fast pace.

It was also informed that domestic consumers would not be affected as special measures had been taken but CNG, some industrial units and captive power plants are facing gas shortage.