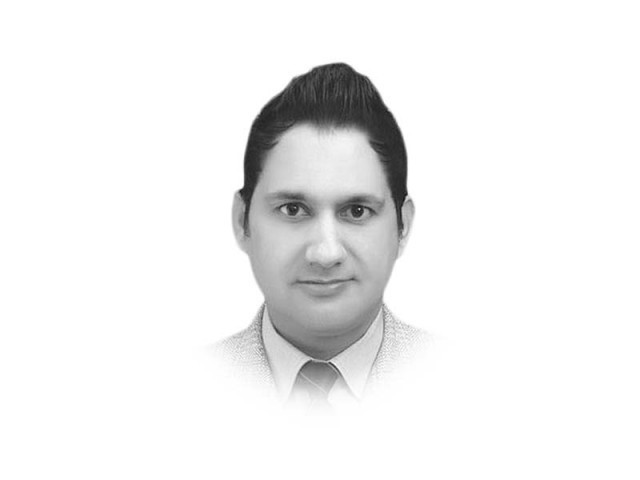 The writer is a deputy director, media and publications at the Centre of Excellence-China Pakistan Economic Corridor and is the lead editor of the CPEC Quarterly Magazine. He can be reached at yasirmasoodkhan@gmail.com

The recent visit of Prime Minister Imran Khan to Beijing in the first week of November has further heightened the brotherly relations between Pakistan and China. President Xi Jinping appreciated Prime Minister Khan’s firm resolve to introduce economic and social reforms in Pakistan by following the Chinese practices of incremental reforms and their implementation for achieving development, progress and prosperity. Apart from other diversified talks, pledges, promises and commitments to rectifying Pakistan’s current financial crunch, the China-Pakistan Economic Corridor (CPEC) has also been further solidified by mutual consultation for extending it in the just and right direction.

It is beyond doubt that CPEC carries a colossal importance in the upkeep of amicable relations especially through perpetual commercial linkages which encompass over 2,700 km from Gwadar to Kashgar. Overall, the project fruition is surmised to be completed in 15 years through three different phases — 2013-2020, 2020-2025 and 2025-2030. CPEC and its connectivity to Central Asia, the Middle East and Africa are strongly believed to redesign the current economy of the entire region. The corridor is an extension of China’s proposed 21st century ‘Silk Road Initiative’ or ‘Belt and Road Initiative’ (BRI), which is a strategic initiative for the entire region that aims to make Pakistan an economically-vivacious and business-oriented country. Investments under CPEC in infrastructure and energy sectors, through the implementation of early harvest projects, are already reaping an encouraging economic growth of the country that will provide a springboard to the economy of Pakistan. In the first phase of implementation of CPEC (early harvest projects), priority has been given to developing rudiments of CPEC to initiate the economic activities.

The government is now objectively engaged in identifying those areas which directly or indirectly can redirect the socioeconomic predicament of the people of Pakistan in order to realise the true potential of CPEC. Therefore, the apex catalyst of CPEC is to make the initiative a ‘gateway to prosperity’. Accordingly, six major areas are identified by the current government for the expansion of CPEC which are: Trade & Market Access; Industrial Development & Global Value Chains; Socioeconomic Development & Poverty Alleviation; Agriculture Modernisation & Marketing; Gwadar Oil City & Blue Economy and; Regional Connectivity & Third Country Participation. These key areas through mutual cooperation would help steer CPEC towards the right direction in the upcoming five years (2018-2023). Increased level of all these outcomes will converge to higher development, the accelerated growth rate in economies of both the countries coupled with contributions to the development of the region and contiguous states.

The variety of projects in the areas of trade and market access under CPEC will originate a plethora of opportunities in different spheres of life. In this connection, collaborative bond with China will be the rich source of promoting trade, facilitating market access, elevating the standard of living and achieving sustainable inclusive growth in Pakistan during the next five years. In addition, through CPEC, Pakistan will be able to open its doors to the world by expanding its trade and transport links, as well as boosting economic influence across Central Asia, South Asia, the Middle East, Africa and Europe.

Under the fold of Industrial development and global value chains, the government is charting out industrial cooperation and import substitution with China in light engineering sector through the selective relocation of the Chinese industries. This relocation of Chinese export-focused light manufacturing and consumer products labour intensive industry will likely double the export index. Repositioning expansion of the IT sector through joint ventures along with the transfer of technology and capacity building will certainly drive up productivity graph.

For the socioeconomic development and poverty alleviation, Chinese experiences will help a great deal, for instance, it has been able to lift around 700 million out of poverty in about 30 years. Through CPEC more than a million direct jobs and manifold indirect and induced ones will be created to handle unemployment and poverty reduction. In addition, capacity development of skills via technical and vocational hubs across the country along with community-based projects in low job areas will also be established.

Under the realm of agricultural modernisation and marketing, the government has prioritised value addition and co-branding of dairy, livestock and poultry sectors to significantly uplift these sectors. Productivity enhancement of fruits and high-value crops through the transfer of technology in precision agriculture (drip irrigation and sprinklers, etc) will be focused and application of modified and high yield variety seeds for crops diversification to substitute edible oil/pulses imports.

The government is also stepping up Gwadar with Blue Economy by the establishment of Oil City in Gwadar to substitute refined oil imports with crude oil. Development of aquaculture for fisheries and seafood along the coastal area would also be tapped. Coastal tourism will also further the prospects of Balochistan in particular.

Moreover, the focus will also be upon the CPEC infrastructure towards connectivity improvement, analysis of the alternative optimal routes for the region through Gwadar port, and exploring the feasible connections among Central Asia, the Middle East, Africa and Europe to achieve regional harmony and prosperity.

Pakistan requires to advocate more aspects of CPEC as well as align it with all relevant national, provincial and local plans of Pakistan. Therefore, both Pakistan and China must broaden bilateral cooperation, arrange periodic meetings of experts during the next five years in order to brand the benefits of CPEC through the implementation of various projects, strengthening the mutual communication and cooperation between the various federal level ministries, institutions, provincial departments, business communities and stakeholders. The current five-year plan (2018-2023) of CPEC includes objectives that demand pressing needs and actions by both countries to accomplish the goals in true letter and spirit.