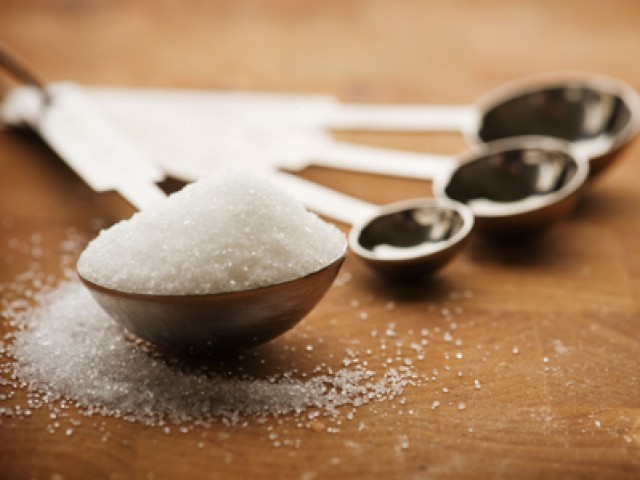 ISLAMABAD: The government has turned down a demand of defaulter sugar mills, which are involved in tax leakages, for the provision of Rs6.6 billion in subsidy on sale of 1 million tons of the sweetener in domestic market.

The request was rejected in the wake of opposition from the commerce ministry, which pointed out that the freight subsidy given to millers on sugar export last year was not justified, therefore, any form of subsidy should not be doled out to them.

The government also dismissed another demand of the sugar barons who called for allowing the state-owned Trading Corporation of Pakistan (TCP) purchase of 20,000 tons of sugar from the millers. In this case too, the Ministry of Commerce had its reservations.

A senior official of the commerce ministry told The Express Tribune that the ministry informed the Economic Coordination Committee (ECC) in its recent meeting that sugar producers were seeking exemption from sales tax on sales in the domestic market, which the previous Pakistan Muslim League-Nawaz (PML-N) government had notified in 2013. The ministry pointed out that sales tax exemption for sugar sale in the domestic market would be equal to a fixed subsidy of Rs6.6 per kg on sugar exports.

It pointed out that freight subsidy was given on sugar exports in a bid to cover the difference between domestic and international prices. In that regard, the Ministry of Industries had given estimates of the subsidy last year on the export of 2 million tons of sugar. “The calculations showed that the freight subsidy provided last year was not justified,” the commerce ministry said.

Regarding sugar purchase by the TCP, the commerce ministry said the PML-N government had taken a similar decision in 2017 following demand from the sugar millers but it could not be implemented. It recommended the ECC to ensure payment of outstanding bills of the sugar millers and collection of sales tax at prevailing ex-mill prices.

The Ministry of Commerce proposed that the condition of staring sugarcane crushing at full capacity by November 15, 2018 in order to become eligible for sugar export, which was earlier approved by the cabinet, may be waived.

It suggested that provinces may be asked to provide freight support as sugar policy fell within their domain and different prices for sugarcane procurement and costs of production were prevailing in different areas. The ministry recommended that sugar export quota should be increased by 0.1 million tons and it would not be entitled to any freight support or tax relief. It opposed the procurement of sugar by the TCP but suggested that the finance ministry may pay Rs2 billion in outstanding freight support.

The economic managers said sugar export fell within the domain of the federal government and allowed sugar shipments to overseas markets. The ECC also directed the Finance Division to release the outstanding Rs2 billion on account of freight subsidy.