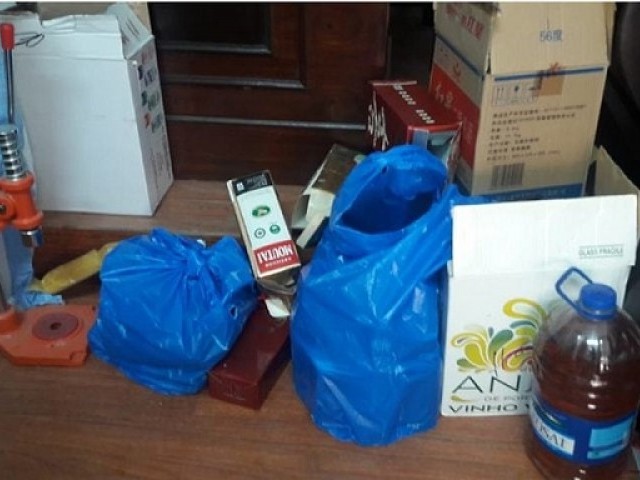 ISLAMABAD: Police arrested two Chinese nationals in a raid on an illegal alcohol factory in Sector F-10/4 of the federal capital on Sunday.

A large quantity of liquor, beer and equipment used to brew alcohol was recovered from the distillery.

A case was also registered against the suspects at the Shalimar Police Station.

SSP Operations Waqaruddin directed all police officers to continue the crackdown against all those involved in such activities in the city.

“No leniency should be shown to such people who are inclined to destroy peace in the society,” the police officer said.

Earlier on November 17, the same police force had arrested an Azerbaijan national over her alleged involvement in human trafficking and drug smuggling.

The police had stopped the suspect, who has been identified as Abivia Solmaz, during patrolling within the Secretariat Police Station limits.

A lady police constable checked her purse and found 1,050 grammes of heroin in it.

Preliminary investigation shows that she was wanted by Interpol France for her alleged involvement in human trafficking. Her visa had also expired in April.

A case was registered against the accused with an investigation currently underway.