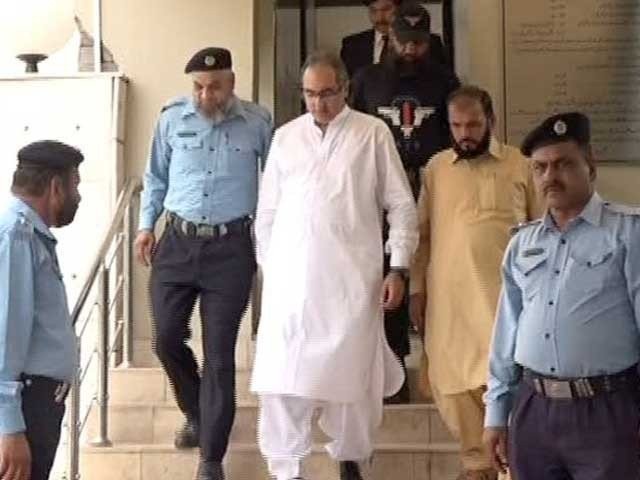 The accused inflicted a loss of 490 million rupees to the national exchequer. PHOTO: EXPRESS

OUR CORRESPONDENT: An accountability court in Karachi on Saturday awarded seven-year imprisonment to former chairman of the National Insurance Company Limited (NICL), Ayaz Khan Niazi, and five others accused in the Rs490 million corruption case.

The court announced its judgement in the National Accountability Bureau (NAB) reference over the purchase of land in the Korangi area of Karachi on higher rates and causing a loss of Rs490 million to the national exchequer. The court also disqualified the convicts from holding any public office for 10 years.

After the verdict, the police took the convicts, including Niazi — the central figure in the scam — into their custody and shifted them to the jail. Two suspects in the case had already entered the plea-bargain deal.

The scandal pertained to financial embezzlement by Niazi and several others in the purchase of official land five years ago. It unfolded in June this year, when NAB Karachi arrested NICL’s former investment policy manager Shahab Siddiqui in Karachi.

In 2013, the Supreme Court held that Niazi was appointed as the NICL chairman in violation of rules and ordered for NAB investigation. In March, the apex court directed the accountability court to speed up the probe. After that Niazi was arrested by NAB.

According to some media reports, Niazi was identified in the leaked Paradise Papers records in connection with four offshore holdings in the British Virgin Islands which were set up in 2010 when Niazi was the NICL chief.

In the records, however, Niazi’s two brothers, Hussain Khan Niazi and Muhammad Ali Khan Niazi, were shown as the beneficial owners, whereas Ayaz Niazi along with his father, Abdul Razaq Khan, and mother, Fauzia Razzaq, acted as directors.

‘Education boards to be upgraded’