In this collec­tion of modern poems, the litera­ry splend­our of Pakist­ani poetry can be shared with a global audien­ce.
By Nadia Jafri
Published: June 16, 2011
Tweet Email 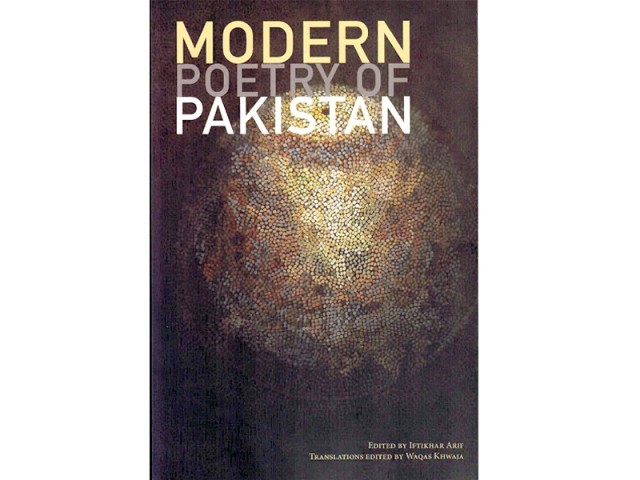 “The subject matter of Pakistani poetry ranges from romance to resistance against tyranny of dictators and other oppressors. Some of our more traditional poetry is coached rhyme and meter, while some is free verse. The most recent Pakistani poetry is offbeat and avant-garde and exudes a new sensibility, infused with fresh metaphors and similes. As a general rule, though, the diction of our poetry is devoid of stereotypes, clichés, and other hackneyed expressions. Pakistani poetry can, I believe, easily be compared to the best poetry currently being written in any of the world’s major languages.” — Foreward by Fakhar Zaman, Chairman, Pakistan Academy of Letters, Islamabad.

Waqas Khwaja, poet and professor of English at Agnes Scott College in Georgia, started the event by introducing the anthology of poems, which he had edited. The anthology is part of an international literary exchange between the Pakistan Academy of Letters and the National Endowment for the Arts of the United States. He also provided context for the project: how the poems emerging from Pakistan reflect the beat of the country, specifically as Pakistan continues to remain at the forefront of the global political landscape.

Khwaja began with introducing the work of Hasina Gul, a Pashto poet from Khyber Pakhtunkhwa, who in addition to being a poet, works as a broadcaster at the Pakistan Broadcasting Corporation. Gul’s work often represents the adversity she faces for expressing her creativity; for being a woman with a public voice. She has survived the assassination of her younger brother who had served as her escort and protector in light of the risk associated with her work.

He then introduced Fahmida Riaz, one of Pakistan’s most prominent living poets, whose work is inspired by strong feminist ideals. She has led a life of social activism despite aggressive repression by the military regime under Ziaul Haq. Riaz lived in exile for seven years, working and teaching in India, after being incarcerated for “subversive acts” against the dictatorial regime.

Before turning the microphone over to the poets, Khwaja recited a poem by Faiz Ahmed Faiz, reminding the audience of Faiz’s place in the history of Pakistani poetry. Reminding us, through Faiz’s words, just how much he has inspired and shaped the creative voices emerging from Pakistan today.

Later, Riaz recited several of her poems, giving us glimpses into her life and her perspective on social constructs and different eras in Pakistan’s history. She began with her poem, Aqleema, based on a Quranic and Biblical story about the object of Habeel and Qabeel’s affection (Abel and Cain in the Bible). I was taken aback by the hold Riaz’s recitation took on the room. Aqleema is a raw poem with vivid imagery. It is short in length and deep in meaning. A complete hush came over the crowd as she recited the final few lines:

Above the slender thighs,

Aqleema has a head too.

Allah, speak sometimes to Aqleema too,

Riaz’s poems are a sampling of the voice of the vibrant feminist movement of Pakistan that continues to take shape and evolve with the changing currents of the country’s socio-political landscape.

Next was Gul’s recitation in Pashto. While I do not understand the Pashto language, the impassioned tones and the far-away look in her eyes managed to relay the ardour of her words. And just so, the translations affirmed that her words had revealed intense emotions and grave circumstances.

In a contrasting tone, a recitation of the translation of Ustad Daman’s sardonic and whimsical Punjabi poem, ‘My Country Has Two Allahs,’ elicited heartfelt laughter from the audience:

My country has two Allahs

Our lives high above the skies,

The other on terra firma lies…*

Recitations were also presented in several of the other languages.

The anthology makes apparent the richness of Pakistan’s many cultures, languages, and traditions. It also makes apparent the striking similarities. The one pulse of the poems beats loud and clear, regardless of whether they are written in Balochi, Kashmiri, Sindhi, Punjabi, Pastho, Seraiki, or Urdu. The words transcend languages in their conveyance of emotions and perceptions that are more similar than they are different.

It was particularly stirring to hear female poets with strong voices — strong enough to articulate their perceptions and misgivings in a patriarchal society that continues to favour a male-dominated culture. This form of creative expression is one example and an indication of what Pakistan continues to offer on a global literary scale.

* Aqleema by Fahmida Riaz translated from Urdu by Yasmeen Hameed

* My Country Has Two Allahs translated from Punjabi by Waqas Khwaja.