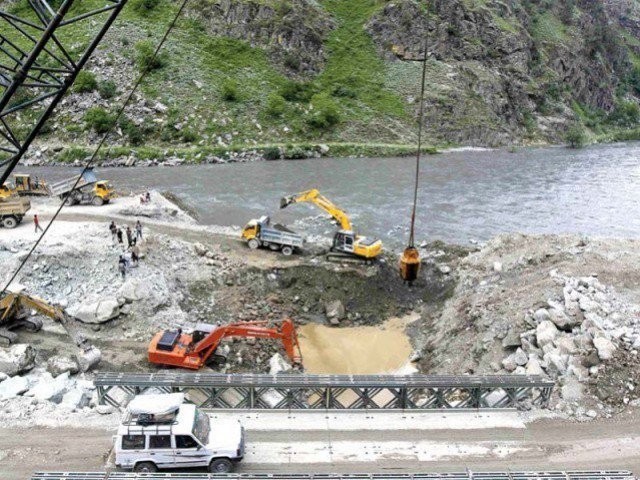 Uses water as a weapon to further exacerbate relations with Pakistan. PHOTO: REUTERS

With the government’s braggadocios on the 100-day performance stealing all headlines, we are constantly neglecting our most pivotal security challenge — water. Climate change has struck us hard. Low precipitation levels, droughts and heatwaves have aggravated our water challenges. However, we are missing one crucial development here — a headline nowhere to be seen in Pakistan’s mainstream media. In an unprecedented move, India is using water as a weapon to further exacerbate relations with Pakistan — this time in Afghanistan.

In the Char Asiab district of Kabul, New Delhi is funding an ambitious dam that could reduce water flow to Pakistan’s downstream. The proposed Shahtoor dam will hold 146 million cubic metres of potable water for two million Kabul residents and irrigate 4,000 hectares of land. It is important to mention that the Kabul River empties into the Indus River near Attock, Punjab. As a result, there will be a 17%-20% reduction in Pakistan’s water flow. Using water as a weapon could easily trigger war in the fragile South Asian region.

Amid President Trump’s controversial South Asian Policy and India’s major investments in Afghanistan’s infrastructure in recent years, it is evident that India wants to use the Afghan soil to terrorise Pakistan. As the most water-stressed nation in South Asia, we are reaching towards dangerously low water levels, even below the crucial threshold of 1,000 cubic metres — a standard given by the World Bank. Water shortages are often root causes of war. Lack of water leads to food shortages, price increases and famine — all beget economic and politic turmoil. War-torn countries like Syria and Yemen are recent examples where absolute water shortages, along with other factors, led to total war.

Not to forget, India’s recently inaugurated Kishanganga dam also violated the historical Indus Water Treaty of 1960. The controversial dam has been constructed in the disputed territory of Kashmir. Adding more fuel to the conflict, New Dehli now has plans to debilitate our already paralysed water status through the Afghan soil.

Here, an extensive debate in parliament will serve to be extremely auspicious. A water caucus must be set up to investigate the depleting water levels and initiate a robust strategic plan to tackle this debacle. Pakistan should also intensify its water advocacy and diplomacy. The UN needs to know about India’s malicious attempts at deteriorating our water levels that might lead to a war in the region. As a low riparian state, the IWT allows us to contest these developments.

The question here is: Can Pakistan depend on river flows to curtail its precipitous water demands? With our population boom and unsustainable economic challenges, we need to explore alternative avenues. A country blessed with a 700km coastline must invest in water desalination plants. Faced with severe water scarcity by 2025, we must initiate long-term solutions. The Middle East has been a leader in desalination. India has already started a national mission on it. What is Pakistan waiting for?

To avoid a major conflict, Pakistan and Afghanistan must urgently start working on hydro-diplomacy. Both countries should look for joint solutions on common problems. Border challenges like climate trauma, water woes and diseases must be countered in coordinated forums. In an era where prospects of a peaceful Afghanistan are the priority of the world, New Delhi must not use the Afghan soil to hinder any peace process. Indo-Pak tensions over access to shared waterways have escalated in recent times — the last thing we need to see is war-torn Afghanistan becoming a part of this.

The 21st century is full of challenges for Pakistan. We cannot afford another major conflict based on water security. India’s animosity will only be counterproductive for South Asians.