The film will now hit screen­s on April instea­d of May 2019
By Shaheera Anwar
Published: December 7, 2018
Tweet Email 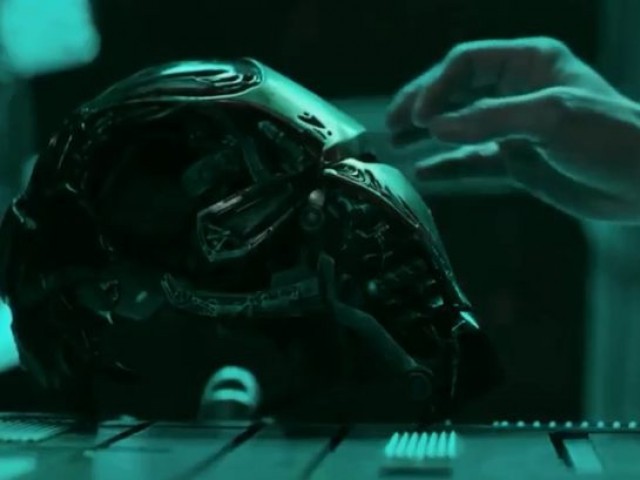 KARACHI: Fans have been recovering from a major heartbreak ever since they witnessed the tragic ending of Avengers: Infinity War. The last installment saw Thanos wipe half of humanity, making some of the favourite superheroes vanish into thin air. Social media is rife with fan theories as to what is going to happen in the Avengers story world.

The trailer of the next installment is out and the audience is in for some major surprises and setbacks. Tony Stark is talking to his suit which has J.A.R.V.I.S. installed on it. He is trying to get his message across to Pepper Potts. He tells her that the food and water ran out a few days ago, and that there will be no more oxygen left for another day.

What follows is a bird-like creature flying in the sky. Now, many would assume it to be Falcon – Captain America’s friend. But no. IT’S CAPTAIN MARVEL – the superhero Nick Fury, played by Samuel L Jackson, paged in the end-credit scene of Infinity War.

Next, a scarecrow made out of Black Panther’s nanotechnology costume is shown as a possibly sad Thanos walks around in what looks like a forest. Captain America, portrayed by Chris Evans can be spotted shedding some tears as Natasha Romanoff and Bruce Banner,  try to find out about the disappearance of the rest of their team.

Thor makes an appearance, looking sad and hopeless as ever as Nebula looks over him. Could this trigger a possible romance between them? Only time will tell. Hawkeye might have also found his way back to the Avengers as he comes face to face with Natasha.

Marvel Studios then very cleverly reveals the title of the last installment – something that fans were eagerly awaiting – as Avengers: End Game appears on screen.

But like every Marvel film, the end is truly not the end. The last clip of the trailer shows Scott Lang played by Paul Rudd standing outside Captain America’s house – asking him to let him in.

While it was earlier announced that the film will be released in May 2019, fans will be happy to know that it will hit screens a month earlier, in April. What are you waiting for? Get your costumes ready! Captain Marvel is going to bring Spiderman back, because we feel a little too good about this.

Part of the journey is the end. pic.twitter.com/vejn1Bx8Nz

Bollywood, Beyonce and bling as daughter of India’s richest man set to marry