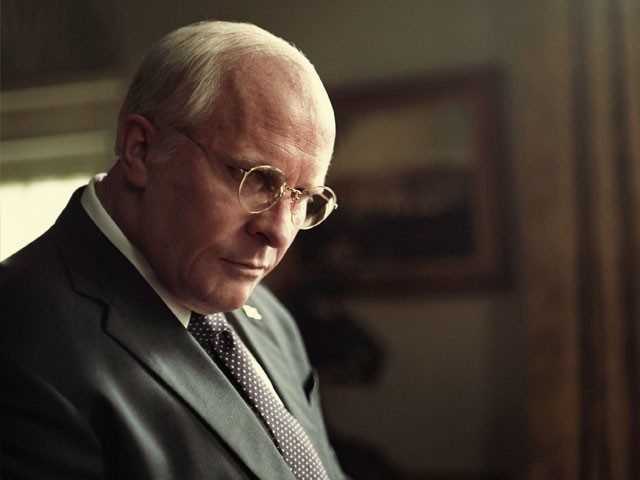 LOS ANGELES: Vice, a biopic about Dick Cheney starring Christian Bale as the former US vice president, on Thursday earned the most Golden Globe nominations with six including best comedy film, as the race to the Oscars ramps up.

The nominations, announced in the pre-dawn hours in California, are the first major bellwether of momentum going into the Academy Awards, which take place in February.

Vice – which only opens in US theaters on Christmas Day – bucked some predictions, earning one more nod than popular music romance reboot A Star Is Born, but both are now well placed for Tinseltown awards glory.

“I did not know which way Vice would land… But I think it just got a major push for the Oscar race,” wrote Sasha Stone, the founder of specialised industry website Awards Daily.

Tied with Star – a hit both with critics and at the box office, starring Lady Gaga and Bradley Cooper – at five nominations were bawdy royal tale The Favourite and offbeat civil rights dramedy Green Book.

Right behind them were Spike Lee’s BlacKkKlansman, the true story of a black police officer who infiltrated the Ku Klux Klan with the help of a white partner, and hotly-anticipated Disney sequel Mary Poppins Returns.

Film-maker Adam McKay picked up a pair of nominations for best director and screenplay.

But co-star Sam Elliott, who plays the brother of Cooper’s aging rocker, was notably snubbed.

The Black Panther nomination marked the first best picture nod for Marvel, and the first ever in the drama category for a superhero flick.

“I love comic book movies – I always have, I’m a big fan. So I’m thrilled that it made it in and I hope that more are coming,” said Meher Tatna, the president of the Hollywood Foreign Press Association, which chooses the winners.

The Golden Globes feature separate awards for dramas and musicals/comedies – meaning more nominations, and a chance for Oscar voters to consider a wider range of performances before they get their ballots.

A Star Is Born is competing in the drama categories, while Vice is – strangely – in the comedy race.

“Looking to the Golden Globes to guide you towards Oscar’s Best Picture, follow Best Director. That is the best category to predict which way that will go,” wrote Stone, celebrating in particular Lee’s nomination.

The Globes also honor the best in television – it can feel a bit redundant after the Emmys in September, with many of the nominees mimicking the Television Academy field.

But the Globes also look ahead at programs that aired too late for Emmys contention.

The 76th Golden Globes take place on January 6 in Beverly Hills. The Oscar nominations come after the Globes this year, on January 22.

Hosting the Globes gala will be actress Sandra Oh, who scored a nomination herself for acclaimed TV drama Killing Eve, and comedian Andy Samberg.