94% work of mining and 96% work at the power plant has been comple­ted, says Shah
By Our Correspondent
Published: December 7, 2018
Tweet Email 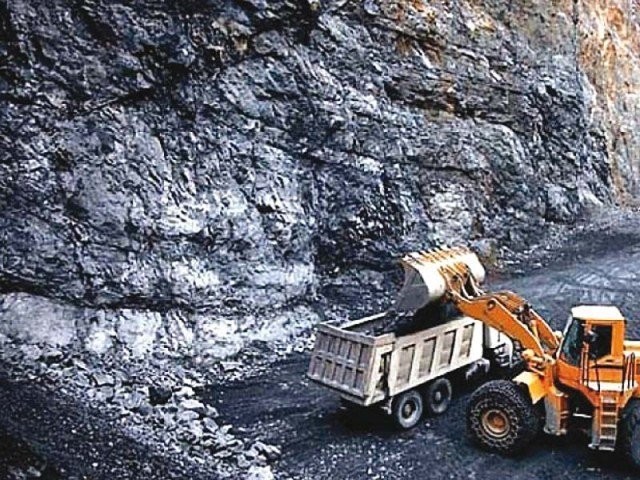 HYDERABAD: Sindh Chief Minister (CM) Syed Murad Ali Shah announced on Thursday that power generation from Tharparkar’s coal will begin, four months ahead of schedule, from end of January 2019. The CM, who visited Tharparkar’s coal mining project and the Civil Hospital in Mithi, said that 94% work of mining and 96% work at the power plant has been completed.

“The power generation was earlier scheduled for June 2019 but now it will start from end of January or early February in 2019,” he said. The CM himself drove vehicle in the 150 metre deep mine. Taking up a piece of coal in his hand during the mine’s visit, the CM said “this is the black gold for which Shaheed Benazir Bhutto had envisioned the project”.

The mine will be dug to a maximum of 180 metre depth. Sindh Engro Coal Mining Company (SEMC) has so far dug 150 metre. After 180 metre depth the coal seam of 30metre will surface.

The CM said 3,286 people have been employed in the project among whom 1,070 are Tharparkar’s residents, 1,479 are Chinese and 744 other Pakistanis. Shah said that Pakistan Peoples Party’s Sindh government took the initiative of exploiting the coal reserves in Tharparkar for power generation to address the electricity shortfall crisis in Pakistan.

During the briefing, Shah was informed that out of 112 cubic metres overburden 106 cubic metres have been removed so far from the mine. The mining project’s cost was earlier estimated at $845 million but the company claimed to have saved $175m as the current total expenditure stands at $670m. A 180 metre tall chimney has been constructed for the plant.

The CM announced that the coal royalty of Rs2.5 billion will be spent on development of Tharparkar. “We are committed to the people of Thar and we will not only fulfill the commitments but we will deliver much more to the people of Thar,” he assured. According to him, a master plan for the development of Islamkot taluka is being prepared by the Planning and Development department. He said that 400,000 trees will be planted in Tharparkar.

He told that the provincial government has so far spent Rs70b on a range of projects in Tharparkar including the airport, mining and other schemes. He handed over a cheque of Rs50m to SECMC’s welfare arm, the Thar Foundation, for distribution of fodder for livestock animals of 20,000 households in Islamkot.

Shah said Thar’s subsoil water is estimated at around 80b cubic metre. The groundwater will be purified through RO plants for supply to Tharparkar’s population, he added.

He informed that 172 families of Sehnri Dars village, which is located near the coalfield, will be shifted to their new government built houses by end of this month. Each of the family has been given a house measuring 1,100 square yards while the company will provide jobs to members of all these families, he assured. He added that the provincial government is also establishing 25 new schools through the foundation to provide education to 5,000 children.

He said the foundation is building a 250-bed hospital at a cost of Rs2b and its first block comprising 82 beds will be inaugurated by February 2019.

Talking to the media at Mithi Civil Hospital, the CM denied that infants died in Tharparkar due to malnutrition. He argued that the mothers bearing the infants are malnourished. “The children are born underweight and that is the cause of the deaths.”

He said the provincial government is launching a Health Information System (HIS) under which all the pregnant women will be registered and their record from conceiving a child to delivery will be maintained to provide them proper guidance and support.