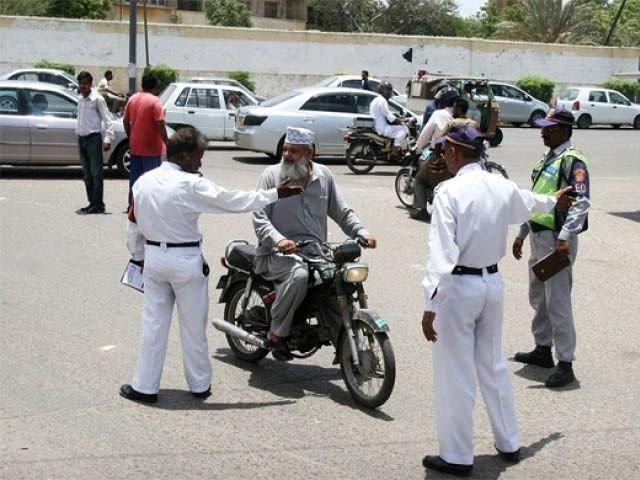 KARACHI: Traffic violations in the city have increased in comparison to previous years.

During the year a recorded number of 2.6 million motorcyclists and car drivers were challaned for violating traffic laws and an amount of Rs7.2 billion was recovered on account of challans.

A report related to the violations of traffic laws and challans in six divisions of the province was compiled by the provincial home department and has been made public. Most of the challans issued were from the Karachi division.

More than Rs57b were added to the national treasury due to traffic law violations within just one fiscal year and more than Rs53.25b were collected on account of traffic challans issued to drivers of public transport, goods transport and private cars in Karachi, Rs2.15b from Hyderabad, Rs1.34b from Shaheed Benazirabad, and more than Rs33m from Larkana, MeerpurKhas and Sukkur were collected on account of traffic chalans.

Across Sindh most challans were issued due to over speeding, absent headlights and driving without a license.