Pakistan – the 8th most affected country from climate change

Pakistan – the 8th most affected country from climate change 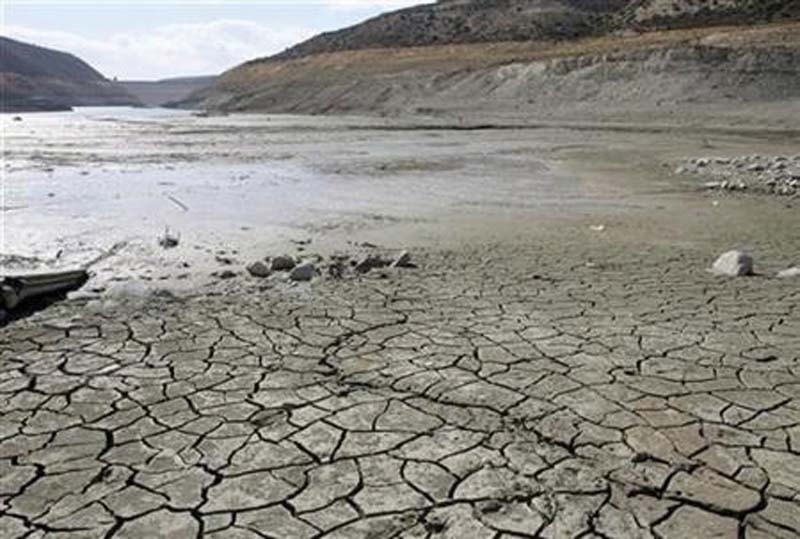 On the side-lines of COP24, the climate change conference hosted by the United Nations Framework Convention on Climate Change in Katowice, Poland, Germanwatch, the independent German think-tank working for sustainable global development has published the 14th edition of its global Climate Risk Index. The ranking indicates which countries are especially affected by extreme weather events, based on data provided by the NatCatSERVICE-database of MunichRe.

The Global Climate Risk Index 2019 report focuses on floods, storms and other extreme weather events fueled by climate change in 2017. In addition, the CRI looks at those countries that were especially hit from 1998 to 2017.

The Global Climate Risk Index 2019 report launched recently revealed startling facts about how climate change is affecting lives and livelihoods affecting the poorest of the poor. “Countries like Pakistan are repeatedly getting affected from extreme weather events and have no time to fully recover. It is important to support it in climate change adaptation – but that is not sufficient. They need predictable and reliable financial support for dealing with climate-induced loss and damage as well,” said David Eckstein of Germanwatch, lead authors of the index.

As Pakistan’s vulnerability to climate change in the long-term index is constantly high for the past many years despite the fact its emissions are less than one per cent in the global carbon trajectory, David Eckstein was of the view that it is particularly due to its “geographic location.”

“Many countries from South and South East Asia rank fairly high in our analysis. Intense monsoon seasons, featuring heavy rainfalls that are often accompanied by flooding, landslides etc, pose a big challenge for these countries, including Pakistan. That Pakistan has a share of less than one per cent in global emissions underscores the unfairness that also becomes apparent looking at the results of our index: those countries that have the least responsibility for increasing the likeliness of these events, have to bear the biggest impacts.”

Eckstein also urged Pakistan to play its part in tackling the challenge of keeping global warming below 1.5 degrees. “Pakistan has to increase efforts, in the context of common but differentiated responsibilities, to reduce domestic emissions from all sectors. At the same time, the government should assess and identify local communities most affected and develop national and local adaptation strategies on how to deal with the impacts, relying on international support to do this, eg through the Green Climate Fund,” he opines.

According to Malik Amin Aslam Khan, advisor to the Ministry of Climate Change, “The relative climate calm with no extraordinary flooding or freak rainfall event in 2017 has helped us to recover from the globally seventh position we were unenviably on last year.”

“However, the report clearly indicates that over a long-term horizon Pakistan, unfortunately, remains among countries which are afflicted with continuous climate calamities. We are one of the continuous affectees of climate change as over the 20 year period, we are fourth in terms of the number of climate triggered events and second in terms of the total climate losses which come to the tune of $3.8 billion according to the report. This is in-line with the Intergovernmental Panel on Climate Change report, where Pakistan is included in the climate hot spots.”

When asked how the government is preparing to deal with climate change, Amin said, “Our government has now finalised the inclusion of climate risk factor and adaptation measures in all PC1 documents – thereby designing our future infrastructure to be climate resilient.”

Amin also made special reference to the Paris rulebook which will be finalised at COP24 comprising adaptation goals and reviving the Loss and Damage discussion which is being ignored by the developed countries unwilling to foot the bill for their climate excesses. “Pakistan will be actively supporting both these points during the negotiations as well as highlighting the countries’ particular adaptation needs” concluded Amin.

Independent experts urge Pakistan to ratchet up discourse on the subject within the government and heighten awareness among members of the general public. According to Aisha Khan, executive director, Civil Society Coalition for Climate Change, “The task at Katowice is not going to be easy especially in the light of the special report published by the IPCC. It is important that the climate summit in Katowice adopt the rulebook including the global adaptation goal and adaptation guidelines. The risks of future climate change related losses and damages in South Asia according to the World Bank report on hot spots puts at risk the lives of 800 million people, are too severe to simply use it as a negotiation chip.”

Aisha further says, “The recent devaluation of the Pakistani rupee will affect purchasing power and in the context of climate resilience should be multiplied by a factor bigger than one. Another area of concern for Pakistan is the strong linkage between the SDGs sub-targets and Sendai International Goals to prevent natural catastrophes. Pakistan’s 150th position on the HDI increases its propensity and predisposition with low indicators for coping with variations in climate and managing extreme events.”

“As a country that is reliant on agriculture, the hydro-logical flows and its timing and amplitude are of extreme importance to Pakistan. Under the recent scenario, the IPCC report gives a 12-year window of opportunity for action to the global community. Inaction will result in drought, famine, disease, disaster and increase in poverty and hunger,” she adds.

Aisha did appreciate the newly formed government in Pakistan for its political commitment to address climate change but mentions that this commitment “lacks capacity, technology and resources to adapt to low carbon pathways or take measures to strengthen adaptive capacity of communities and ecosystems. At COP24, the urgency to respond and call for action will fall on the developed countries. Pakistan has embarked on an ambitious forestation programme and opened a National Disaster Risk Management Fund but the country is also going through a financial crisis and will find it exceedingly difficult to cope with the multi-dimensional challenges of climate change”.

For Dr Adil Najam, dean of the Pardee School of Global Studies, Boston University and lead author of the third and fourth assessment reports of the IPCC, it should no longer be a surprise to anyone anymore that Pakistan is one of the countries at great risk of the impacts of climate change. “Pakistan lives this reality every day. What we need is action. Urgent action. Most importantly we need adaption action that is also development enhancing.”

“My own research on climate and security comes up with the same conclusions. Climate change is now a major security threat to Pakistan. This is not a problem that will go away with time,” he said.

Dr Najam lamented the western countries for “using the global atmosphere as their waste dumping ground and now poor countries like Pakistan are having to pay the price. We now have to clean it up for our own sake. Yes, the rich countries should assist, but I am convinced that they will not – because they have already abdicated their responsibilities. Therefore, it is now up to us – as Pakistani citizens and Pakistan government – to take steps to adapt and prepare for the impacts. We should start with those steps which have development benefits for Pakistan in addition to climate benefits. And there are plenty such options.”

This is not the first time that Pakistan has been ranked by Germanwatch among the top 10 vulnerable countries. In the last year’s Germanwatch report, Pakistan was ranked on the seventh position in the long-term climate risk index (1970-2016), with 10,462 lives lost in 20 years and economic losses worth $3.8 billion – equivalent to 0.605 per cent of the GDP. Whereas in the short-term index, the countries most affected in 2016, Pakistan was ranked on 40th position, suffering 566 casualties, losing $47.313 million – equivalent to 0.0048 per cent of the GDP.

The Intergovernmental Panel on Climate Change’s recently launched report ‘1.5°C of Global Warming’ has already warned that the damages from global warming in 2100 for 1.5°C and 2°C are $54 trillion and $69 trillion, respectively, indicating that the gap between necessary financing to deal with climate induced risks and impacts is even bigger than earlier projected.

Pakistan’s high vulnerability to climate change is not a proud moment but should be a matter of concern for policymakers, as they have once again failed to realise the gravity of the situation.

The writer is an international award-winning environmental journalist and a Chevening Scholar pursuing MA International Journalism at Cardiff University, UK. He tweets @SyedMAbubakar and can be reached via s.m.abubakar@hotmail.com