Shehbaz sent to jail on judicial remand by accountability court

Shehbaz sent to jail on judicial remand by accountability court

Presented before accountability court judge Syed Najamul Hasan, the prosecution failed to convince the court for an extension in Shehbaz’s physical remand and the court rejected the request after hearing the prosecution’s arguments, Express News reported.

The PML-N president was presented before the accountability court amid tight security. Large contingents of police were deployed on routes leading to the premises and reinforced by elements of the provincial capital’s anti-riot force.

Water cannons and Rangers were also present in the area to further bolster police presence.

The police baton-charged PML-N supporters as Shehbaz was brought to the court for a hearing related to the Ashiana Housing scam case.

Scores of PML-N workers, who were present outside the accountability court, clashed with riot police as law enforcers used force to disperse them after the workers tried to break through the barriers placed around the premises. Many workers were also arrested by the police, Express News reported. 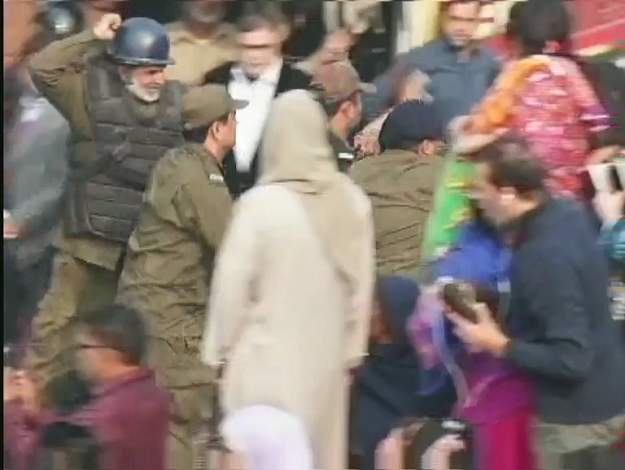 On Wednesday, PML-N spokesperson Marriyum Aurangzeb had said immediate steps should be taken for the medical treatment of Shehbaz.

Sharifs gear up to rescue Shehbaz

The former information minister claimed that the delay in the constitution of the medical board has raised several questions. She added that doctors in their opinion had pointed out extra-ordinary growth in three of Shehbaz’s organs.

Delay in medical board for Shehbaz ‘raises questions’

In November, an accountability court in Lahore had approved NAB’s request for a seven-day transit remand of the PML-N president.

Shehbaz is in custody of the accountability watchdog for his alleged involvement in the Ashiana Housing Scheme scam.