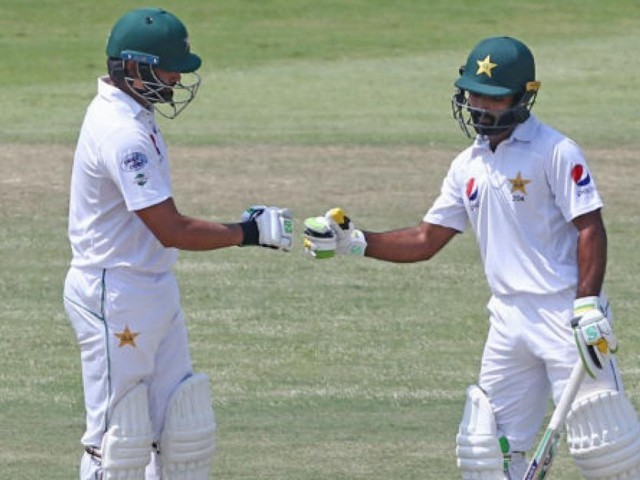 The ongoing third Test match between Pakistan and New Zealand in Abu Dhabi will be his last international outing for ‘The Professor’ in the longest format of the game.

The 38-year-old — who made a convincing comeback into the Test side against Australia last month after notching up three figurers in the first Test— failed to perform consistently well for the Green Caps.

“I’m announcing my retirement from Test cricket. I’m really happy and I’m really proud to have played for Pakistan,” said Hafeez after the conclusion of day two in Abu Dhabi.  “I feel like I’ve worked hard for past 15 years of my career. Thank you very much to the Pakistan Cricket Board (PCB), they helped me in each and every step of my career. I would also like to thank all my teammates with whom I have shared the dressing room, and the team management, who guided me throughout this journey.”

He added: “I made this decision so that I can focus my energies on playing for Pakistan in the white-ball formats. I am eyeing to represent Pakistan in the upcoming ICC World Cup next year.  I feel honoured that I represented the country in 55 Test matches including the opportunity of captaining the team. I feel satisfied that I performed to the best of my abilities throughout my career.”

Hafeez will end his career with 54 Tests to his name, where he scored 3,644 runs at an average of 38.35. His highest score in the longest format is 224, which he scored in Khulna against Bangladesh in 2015.

“I wish the Test team the very best for their upcoming assignments, starting with the tour to South Africa. The team management especially the coach and captain have worked very hard in forming an exciting core of players that can serve for long,” he said.