DPO says they killed Bazigh­a, Sareen Jan, Shahee­n and dumped their bodies in a river
By Our Correspondent
Published: December 4, 2018
Tweet Email 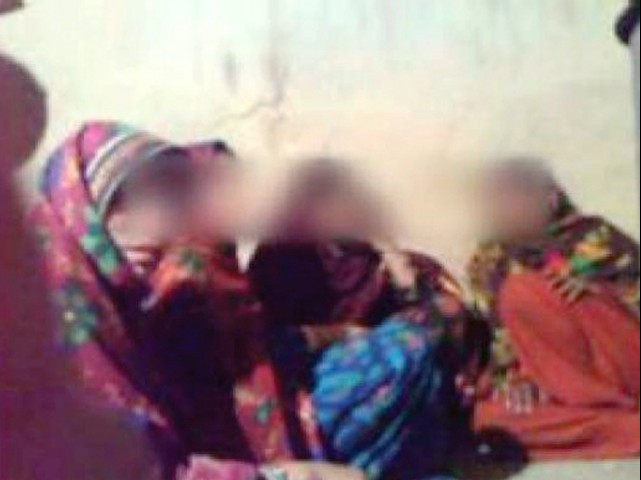 A screengrab from the video. PHOTO: FILE

ABBOTTABAD: Police have made a major breakthrough in the six-year old Kohistan video scandal case in which five women were killed, but the suspects kept denying it, saying the ‘victims’ were alive.

“The [arrested] suspects have confessed to killing Bazigha, Sareen Jan and Shaheen and dumping their bodies in the Chor Nala River,” said Kohistan District Police Officer Iftikhar Khan on Monday.

The development comes after a local court in Kohistan on November 29 granted the Palas police an eight-day remand of the suspects – Umar Khan, Safeer, Sarfaraz and Saiper. However, they confessed to the crime within four days.

They have been charged with murder, criminal conspiracy, misleading government officials, cheating and fraud.

These suspects, all close relatives of the victims, had killed five women on the directions of a jirga after a mobile phone video surfaced showing them clapping while two young men were dancing to a local Pushto song during a wedding in a Seerto Village of Kohistan in 2012.

Later, it was reported that the four women in the video, along with the minor girl, were killed on May 30, 2012 in accordance with the jirga decree.

Soon after, the Supreme Court took suo motu notice and sent a fact-finding mission to the area on June 4, 2012 that concluded that the women were alive. However, the case was reopened after a petition was filed by the National Commission on the Status of Women.

On November 7, the Supreme Court had given four weeks to the Khyber-Pakhtunkhwa government to complete the investigation into the killings in Kohistan.

The avenging tribe of the women had also killed three brothers of Afzal Kohistani, the man who had disclosed the decision of the jirga. The tribesmen, over the years, kept denying they killed any of the women and even presented five women in veil before officials sent to investigate the case.

However, a bench, headed by Chief Justice Mian Saqib Nisar, finally got the police to arrest the suspects irrespective of tribal norms.

On Monday, sources said the police team sent to Seerto Village consisted of officers from Kohistan, who were not cooperating, due to which there were difficulties in finding the bodies.

Services of the police force from another district would be availed to arrest other culprits involved in the crime, the sources added.

Besides the victims’ families and the people involved in the murder, the jirga members, who ordered the killing of the women, have fled their village, said sources, adding that they were staying in Tekoi and Chapro villages located further up the mountain where there was four feet snow due to which the police officers were facing difficulties in reaching the villages.

Sources further said Maulana Javed, an Imam of a mosque in Mansehra, who issued the fatwa to kill the women, and Jamiat Ulema-e-Islam MPA Maulana Asmatullah, who was present at the jirga at that time, were nowhere to be found, while their mobile phones were on.