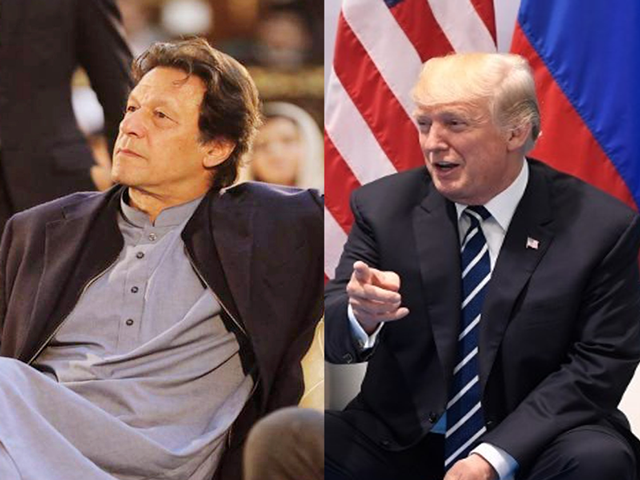 The news was first confirmed by Prime Minister Imran, while interacting with a group of anchors earlier in the day. It was first direct contact between the two leaders and also came just days after their war of words on twitter regarding Pakistan’s role in the fight against terrorism.

Far from Trump’s public stance, in the letter, according to the Foreign Office, the president acknowledged that the war had cost both the US and Pakistan. He emphasised that Pakistan and the US should explore opportunities to work together and renew partnership.

“Since Pakistan has always advocated a political settlement to end war in Afghanistan, US decision is welcomed. Pakistan reiterates its commitment to play a facilitation role in good faith. Peace and stability in Afghanistan remains a shared responsibility,” the statement further said.

The key question remains what exactly the US wants from Pakistan as it is apparently already facilitating the Afghan peace talks. The recent release of certain Taliban commanders, including the co-founder of Taliban movement Mullah Abdul Ghani Baradar was part of that facilitation process.

The US, however, is not convinced that these efforts are enough to start meaningful talks with the Taliban. Senior US officials, including Trump’s pointman Zalmay Khalilzad, held talks with Taliban representatives in Doha recently.

However, diplomatic sources suggested that the US believes that the Taliban office in Doha does not have the ‘clear mandate’ to advance the peace process. And that was the reason Trump wrote a letter to Prime Minister Imran Khan seeking a greater help from Pakistan to bring the Taliban to the negotiating table.

One credible diplomatic source told The Express Tribune that the US has requested Pakistan to persuade the Taliban leadership to name a negotiating team that has the full authority to talk to parties involved in the peace process. The US is believed to have also urged Pakistan to arrange a direct meeting between the top Taliban leadership and other stakeholders.

The expectations of the US stemmed from its assessment that Pakistan still holds considerable sway over the Taliban leadership. The Trump administration has set a tentative deadline to strike a peace deal by April next year or before the Afghan presidential elections.

To elicit Pakistan’s support, US Special envoy for Afghanistan and Pakistan Zalmay Khalilzad is undertaking another tour to the regional countries that would also take him to Islamabad.

His visit to Pakistan would focus on the Afghan endgame and “specific expectations” the Trump administration has from the government of Prime Minister Imran Khan. Pakistan has always favoured a negotiated settlement of Afghanistan but at the same time stressed that achieving that goal is a shared responsibility of all the stakeholders.

Islamabad in the past did facilitate the direct negotiations between the Taliban and Afghan government. But those negotiations could not move forward after the news of death of Taliban supreme leader Mullah Omar was leaked to the media.

The prospects of any peace deal were dealt a fatal blow when Mullah Mansur, the then Taliban chief, was killed in a drone strike in Balochistan in May 2016. Since then Pakistan, though is favoring the peace talks, is treading a careful path with an aim not to get the blame for any failures in Afghanistan.