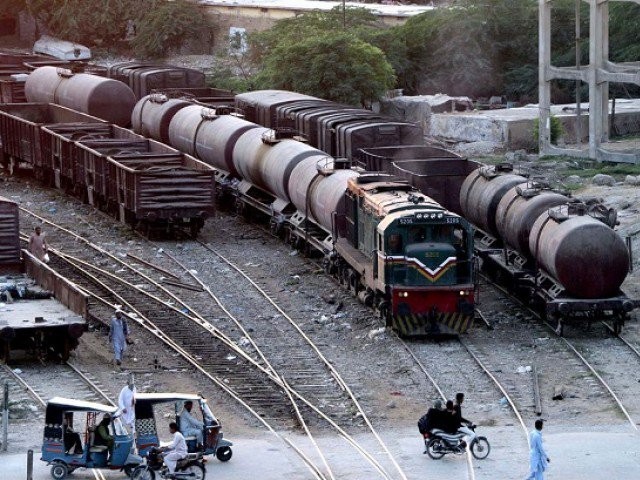 The route has been extended till Mirpurkhas district starting November 24. The decision was taken in view of the low volume of passengers using the service.

According to Pakistan Railways Divisional Superintendent Arshad Salam Khattak, the local train service that started operating on November 1 went from the city station to Dhabeji station but managed to attract very few passengers.

The people had been demanding to extend the service till Mirpurkhas and hence the train service has now been extended to the Jang Shahi, Jotri, Hyderabad, Tandojam, Rashidabad and Mirpurkhas region.
Khattak cited the city administration’s failure to start the feeder service as the reason for fewer passengers.

President Arif Alvi had inaugurated the train service on October 31. Two up and two down trains were running through Karachi city station to Dhabeji station.

The Pakistan Railway authorities shared with The Express Tribune that the local train can accommodate 634 passengers but usually there are only 250-300 passengers. The number of passengers, however, jumped to 600 after the extension of the route till Mirpurkhas district.

The train returning from Mirpurkhas carries 1,200 passengers. The local train service will run at 7am from Karachi city station to Dhabeji and same timings are fixed for the train coming from Dhabeji to Karachi city station. No changes have been brought to the schedule. There is only one up and one down train for Mirpurkhas.

The train departing from the Karachi city station and reaching Dhabeji carries no passengers. The Pakistan Railway is reportedly using its own resources to extend the train service which will facilitate the people in Upper Sindh to travel to Karachi and also increase the revenue of the railways department.

The local train from Karachi station to Dhabeji has been named Karachi Dhabeji Express while the train running to Mirpurkhas has been named Shah Latif Express.