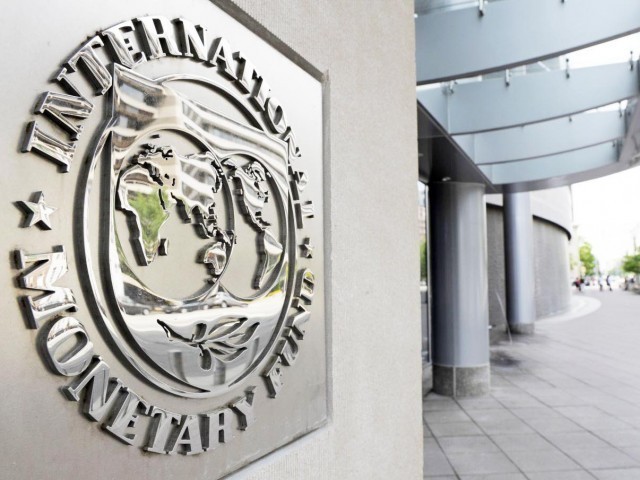 The Pakistan Tehreek-e-Insaf (PTI) government completed its first 100 days on Monday. Unfortunately, progress on the short-duration governance was marred by a drop in business confidence.

The government spent a lot more time on deciding whether to go to the International Monetary Fund (IMF) for a bailout, which holds the key towards the dreamed economic turnaround ahead.

“The self-imposed controversy over going to the IMF or not…could have been managed in a better way,” Overseas Investors Chamber of Commerce and Industry (OICCI) Secretary General Abdul Aleem told The Express Tribune on Monday.

“It remains a tough time to do business,” said an asset fund manager, who requested anonymity.

Numbers speak for themselves. The Pakistan Stock Exchange’s (PSX) benchmark KSE-100 Index, which is a barometer to gauge the economic performance, plunged to two-and-a-half-year low; the country’s foreign currency reserves depleted to a four-and-a-half-year low; foreign investment tumbled in different sectors of the economy; rupee depreciated to a record low and the benchmark interest rate-hiked to a 46-month high.

Also, a jump in inflation; almost no progress on diversification of exports and finding new markets are some of the economic statistics, which spoke volumes about the PTI’s progress in the under review period.

Although some of the numbers are the result of poor planning of the inexperienced government at the centre, many were bound to hit the charts due to a roller-coaster ride in the economy.

The confusion whether the country would go to the IMF kept deteriorating the business confidence despite then caretaker finance minister Shamshad Akhtar having done almost all the homework required for a bailout for the incoming government.

Initially, foreign and big businesses had anticipated Pakistan attaining a bailout by mid-December 2018 and planned their new projects and investment accordingly. However, Prime Minister Imran Khan’s resolve to arrange over $12 billion, required to run the country, from friendly countries kept Finance Minister Asad Umar on hold for inviting the IMF team to discuss the details for a bailout, which has now delayed possibly till January 2019. The delay also put new investment on hold.  The KSE-100 Index dropped by around 5,783 points, or around 17%, to two-and-a-half year low at 36,663 points in mid-October from 42,447 points on August 17 – just one day before Khan took oath.

It has recovered partially since the government invited the IMF team to Islamabad for formal talks for a bailout, but is still 1,675 points, or 4%, low from where the index was a day before the PTI formed government in August.

A tough road lies ahead for Pakistan as the IMF has proposed harsh conditions for the bailout; a second round of energy price hike, further rupee devaluation and interest rate hike, etc. The finance minister has said the country would not avail the bailout if conditioning remains stringent. In the latter case, the business community has inquired the government to announce its plan ‘B’ to deal with deficit part of balance of payment.

However, boost in relationships with friendly counties and strategic partners, including China, Saudi Arabia, Malaysia and UAE was a great success of the government during the 100 days. This has resulted into receipt of $1 billion from Saudi Arabia and China each in the country’s foreign currency reserves. Besides, they and others have pledged to inject another couple of billion dollars in the reserves in the months to come in the shape of cash and credit line.

Luckily, an 11 notches increase in the World Bank’s ease of doing business; to 136 from 147 also happened during the 100 days. While the government also saved the country from being blacklisted by the Financial Action Task Force (FATF)

Besides, exports have also started showing progress but mostly in value term due to rupee depreciation against the dollar. Exports diversification and find of new markets is a must for sustainable growth in exports and sustainable economic growth in the long run.  OICCI Secretary General Aleem added it was almost impossible to turnaround the economy in 100 days. The government has taken a number of decisions in the right direction like “upward revision in utility tariffs, incentives for export sectors and no subsidy for other than poor segment of the society”.

Besides, the government has assigned right men for the right jobs like hiring of Pakistan International Airlines (PIA) and National Bank of Pakistan’ (NBP) chairman, president and MD; hiring of commissioners at the Securities and Exchange Commission of Pakistan; unveiling of five million low cost housing units project, which would ultimately create the much needed job opportunities in the time to come, Aleem added.

The Pakistan Business Council (PBC) – which is a private sector business policy advocacy forum composed of the country’s largest businesses and groups including multinationals – said in an assessment paper that it believes that the government has got off to a good start, given the challenges it inherited in the economy. “However, there is much scope to do better.”

Whilst there is a temptation to judge progress against short-term milestones, the primary lens through which the PBC looks at progress is one of ‘Make-in-Pakistan,’ which is a thrust to create jobs, promote value-added exports and encourage import substitution.

The industry, in general, and manufacturing, in particular, has been undermined over decades. Regaining financial sovereignty by balancing the external account and managing the fiscal deficit cannot be accomplished in a 100 days. “But a good start has been made.”