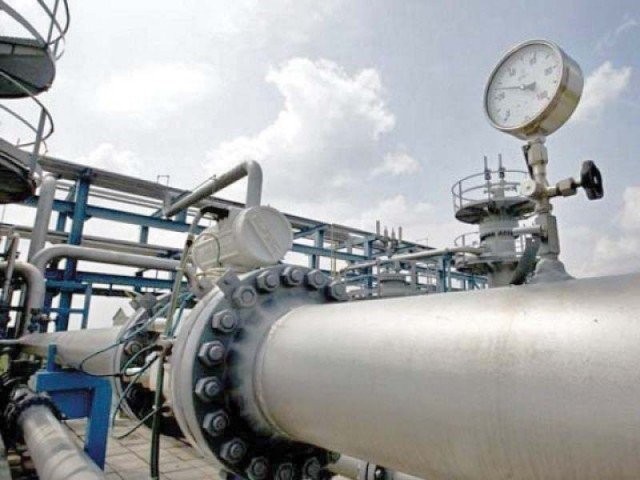 ISLAMABAD: The energy sector is embroiled in contradictory systems and approaches. For example, the pricing of petroleum products is done monthly and costs are passed on monthly. For gas supply, an unnecessarily long tariff system is in vogue and prices are changed only when gas companies cannot take it anymore and are close to shutting down.

The electricity system is perhaps in between, where both short- and long-term price adjustments are made. Resultantly, there is an accumulation of circular debt of Rs1.3 trillion, which is expected to increase. The fundamental issue, though, is that the cost of supplies is more than what consumers are able to afford and pay. The cost of supplies is high for both legitimate and illegitimate reasons.

Regulatory processes are supposed to control the illegitimate reasons and implement a fair pricing system that walks midway between consumer and producer interests. Inefficiency, incompetence and capacity and capability issues are at the core. Innovation has to be encouraged and brought by the political leadership. Conventional bureaucracies are least equipped to do that.

The oil and gas sector, unfortunately, has not been subject to a similar and corresponding reform process wherein there is a strong control and monopoly of the Ministry of Petroleum, which is now a division of the unified Ministry of Energy.

In the past, the then Ministry of Petroleum made a funny proposal of launching many new companies, including power generation companies. Fortunately, the proposal was blocked with a disdain.

However, they managed to set up two liquefied natural gas (LNG) companies – Pakistan LNG and Pakistan LNG Limited (PLL). One deals with Engro LNG terminal and Qatar LNG and the other deals with Pakistan GasPort (PGPL) terminal, which is unnecessary duplication and is almost impossible to justify.

Reportedly, the two terminals are competing at cross purpose – the expensive one is being operated at full capacity and the cheaper one at lesser capacity, resulting in a loss of billions of rupees per year. This waste of resources indicates the urgency of reforms and restructuring in the petroleum sector.

As a first step, there is to be an operational merger of the two companies and finally a legal and financial merger.

Many other complications have emerged due to the advent of LNG. Now, there are two types of gases – one conventional local gas and the other imported LNG. The latter is expensive as it is imported and has to be liquefied and transported through special LNG ships and re-gasified at LNG terminals.

However, the price difference between the local and imported gas is shrinking. LNG prices are more volatile while local ones are less volatile. In order to, probably, soften the opposition to LNG, the LNG system was kept separate and was “ring-fenced”.

Otherwise, no particular logic seems to be there to keep a separate accounting and pricing system. One can have a commingled pricing system and still have widely varying policy pricing. And this is what, we are proposing here.

It is proposed to form Pakistan Gas Company by merging Pakistan LNG and PLL and expand its role by including the purchase and sale of local gas as well. The role of Pakistan State Oil (PSO) in LNG procurement should be done away with. It may require changes in the LNG Qatar contract, but so be it.

At present, the two gas DISCOs are purchasing gas from exploration and production (E&P) companies and LNG companies. Pakistan Gas Company should become the supplier of all gas, including local gas and imported LNG.

In the parlance of electricity system, this is akin to some kind of CPPA-G. Pakistan Gas should calculate and announce the average selling price under the guidelines of the regulator.

We have also proposed fragmentation of the two gas DISCOs into smaller companies. The regulator will work out tariffs of various end-users, however, in a different way which is that of Nepra system.

Firstly, a performance-based tariff system ala K-Electric should be introduced in gas DISCOs. The performance criterion in the K-Electric tariff system is the transmission and distribution losses, which in the case of gas is a common problem. Currently, it is the annual revenue requirement system which is time-consuming, wasteful and does not encourage performance.

Secondly, gas prices should be announced monthly like the electricity tariff revision under the monthly fuel price adjustment, wherein monthly variations in gas prices against a reference price could be computed and charged in the monthly bills.

So, essentially, it is the transformation of the gas organisation and tariff system on the pattern of electricity. It is well understood and practiced, although the performance-based tariff is only practiced in the case of K-Electric.

I wonder why the same has not been applied to all DISCOs. This leads us to another proposal, which has long been there on the table – the merger of Nepra and the Oil and Gas Regulatory Authority (Ogra).

It is only in South Asia that there are separate regulators for oil, gas and electricity. Elsewhere, there is one combined regulator due to the interconnectedness of all energy resources and commonness of tariff methodologies. For this reason, there is the concept of a consolidated Ministry of Energy, which has been adopted finally.

Mergers create a common purpose and a larger resource pool that can be optimised. Human resource cut may not be the sole objective, but enhancement in efficiency is, apart from possible reduction in overheads. There is a clear-cut cost and operational synergy and efficiency argument which has impelled almost all countries to have one energy regulator.

What we have proposed is simple but has the potential to cure a number of problems and achieve what has already been achieved in other areas and sub-sectors.

To some, it may appear to be a tall order – merging LNG companies and converting them into a full-fledged gas company, commingling LNG with conventional gas, fragmenting gas DISCOS, monthly gas pricing, performance-based tariff and merger of regulators.

This may require an independent reforms and restructuring cell, which will enable the government to implement the above and many other pending reform proposals pertaining to theft control, receivables and others. However, the proposed monthly gas pricing system can be implemented without necessarily implementing the other proposals. It would be good, if it is done but is not a prerequisite.

The writer has been member energy at the Planning Commission