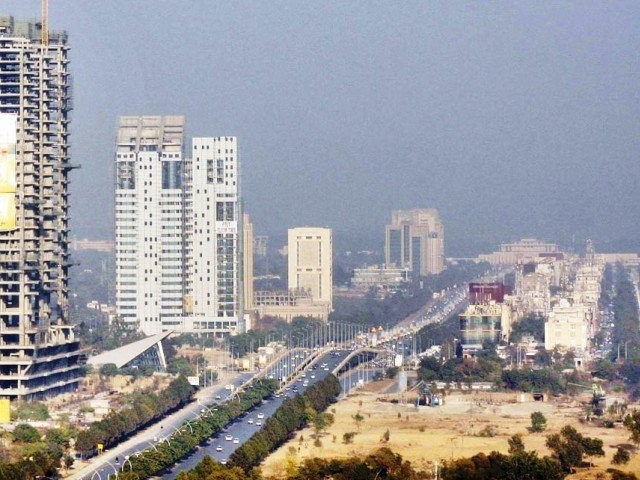 Cities of Punjab are in urgent need to combat sprawl if they aim to remain competitive. PHOTO: FILE

ISLAMABAD: With an urbanisation rate of 4%, Punjab’s cities are growing rapidly. The cities are expected to expand exponentially in the light of the current development paradigm and the growing rural-to-urban migration.

Urbanisation is considered a significant factor for economic growth and prosperity, but poor management of the cities can lead to concentration of poverty, diseases and crimes. Hence, it is important to pay attention to the management of rapidly growing urban centres in Punjab.

There are multiple gaps in our current characterisation of cities. The Punjab Local Government Act of 2013 defines any area as urban if it has the required institutional and administrative setup and a population number greater than 30,000.

The primary issue with this classification is that unlike the rest of the world, it is not reliant on a diverse set of characteristics such as the quality of life, economic productivity, population density and infrastructure quality.

The Pakistan Bureau of Statistics adopted a flawed definition of “urban area” to collect the census data. These datasets form the basis for subsequent analysis to identify patterns of growth within cities, but with an inadequate demarcation of cities, the results of such analysis are substantially skewed.

To tackle this dilemma and gain a better understanding of urban Punjab, the Urban Unit published the Cities Growth Atlas, which demarcates the spatial urban extents of the cities to see the pattern of urban expansion between 1995, 2005 and 2015 using a unique methodology of built-up contiguity.

This growth, due to a lack of adequate urban policies and density regulations, has allowed sprawling in our cities. Bylaws restricting density, floor area ratios limiting the number of stories and the lack of integration between private development practices and local master plans have contributed to the haphazard growth of the cities.

About 59% of the urban area in Punjab has a density of less than 10,000 people per square kilometre, both a result of and a contributor to the urban sprawl.

The city of Lahore alone has tripled in size in the last 30 years, with private development extending beyond the BRB canal towards the Pakistan-India border. About 58% of the current area of Lahore is low in density whereas only 8% is high in density.

Not only does this indicate spatial disparity, but it also highlights income inequality – the top 20% of the income class occupies 58% of the total area, whereas the bottom 20%, larger in population size, occupies only 6%. Uncontrolled urban expansion, in this case, is not just a consequence of mismanagement, but also the lack of regulation of real estate development.

Similarly, 57% of the area of Multan is low in density, whereas only 7% is highly dense and predominantly concentrated in the centre of the city. Multan expanded from an area of 76 sq km in 2005 to 260 sq km in 2015.

Whilst commercial uses are concentrated in city centres, residential development causes urban sprawl in the larger cities of Punjab. Most of the developments, however, due to their distance from the city centre, have vacancy rates of around 68%.

Cities of Punjab are in an urgent need to combat the sprawl if they aim to remain competitive. Some of the negative effects of the sprawl include increased transportation costs, congestion, air pollution, economic inefficiency and no walkability. These, in turn, impact the quality of life of the inhabitants of the city.

Greater car dependency, for instance, changes the way commuters interact with the city. The need for highways and boulevards surpasses the need for pedestrian infrastructure and trees, which then impacts both the vibrancy and the environmental quality of our cities. This, in turn, limits the choices available to commuters and further increases their dependency on motorised vehicles.

Low density developments in the form of single or double-storey homes over one or two kanals are an indicator of inefficient land use. Not only does this contribute to the already persistent housing shortage, but also increases the housing cost in the area.

In Punjab, the lower income strata, which make up about 40% of the households, can afford only 5% of the existing housing stock. The current LDA rules restrict residential development beyond three to four storeys and the current land ownership system does not allow for multiple vertical ownerships on a single piece of land.

The rules also do not allow for an apartment building on a land smaller than four kanals. Moreover, the ratio of residential areas to commercial spaces has increased tremendously, which has negatively impacted commercial activities in the cities.

The National or Provincial Urban Policy, an essential document in most cities of the developed world, serves as a guide for spatial development and governs the process of master planning in urban areas. At this time, Punjab does not have such a policy. There is a need to develop it in order to integrate planning decisions across the province.

Additionally, there is a need to incorporate urban design guidelines in the planning framework, another component that is largely overlooked in Punjab. A startling result of this is the diminishing size and quality of green spaces.

On average, only 4% of the area in the cities of Punjab is currently green. An urban design framework, incorporated within zoning laws and building regulations, is essential to ensure the quality of spaces in an urban area.

There is a need, by local governments, town planners and relevant government institutions, to revise regulations that are outdated and inhibitive to today’s urban needs. These policy and regulatory changes may help Punjab to exploit the potential of cities to generate economic growth and social prosperity.

Mishele Ijaz and Sana Riaz work at The Urban Unit, Lahore and Naveed Iftikhar is a public policy adviser and researcher having interest in governance, entrepreneurship and cities