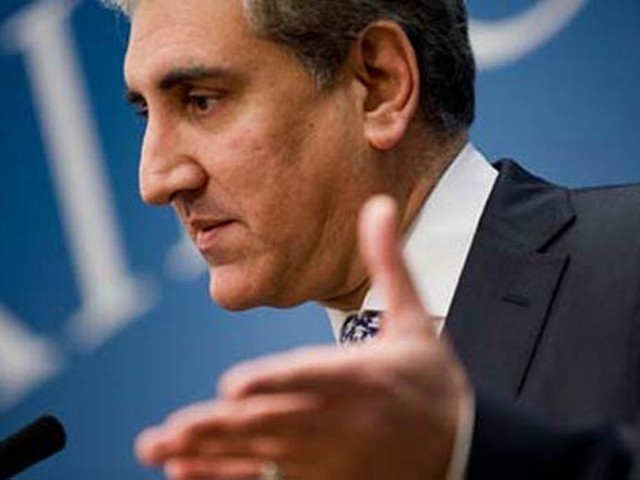 Sikh community will be greeted here amid sentiments of love and would bring back positive image of Pakistan and its people, says FM Qureshi. PHOTO: FILE

“Indian foreign ministry has responded well to Pakistan’s initiative in its bid to bring the Sikh community closer,” Qureshi told APP during his visit to the stall of Indian High Commission here at the Pakistan Foreign Office Women’s Association (PFOWA) charity bazar.

Qureshi said with a single yet significant step, Pakistan had won the hearts of millions of Sikhs. He expressed confidence that Kartarpur Corridor would attract members of Sikh community to Pakistan from across the globe including from the United States and the United Kingdom.

“The Sikh community will be greeted here amid sentiments of love and would bring back positive image of Pakistan and its people,” he said.

Three siblings reunite for the first time since 1947

Gurdwara Darbar Sahib – located in the Kartarpur area of Narowal – is the final resting place of the founder of Sikhism Guru Nanak Devji.