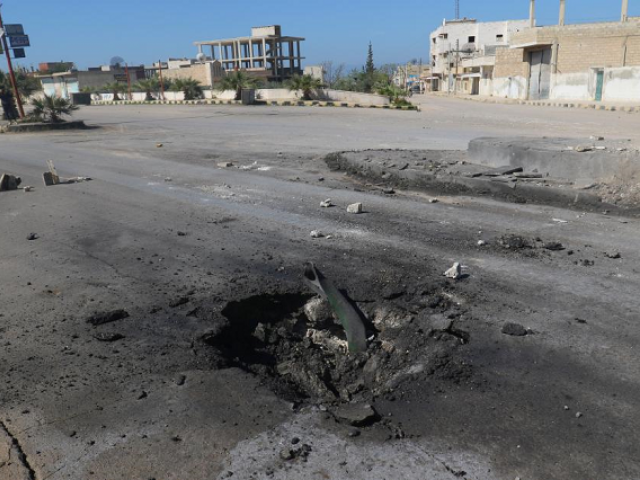 A crater is seen at the site of an airstrike, after what rescue workers described as a suspected gas attack in the town of Khan Sheikhoun in militant-held Idlib, Syria. PHOTO: REUTERS

MOSCOW: Russia on Sunday accused militants in Syria of bombarding the city of Aleppo with shells filled with chlorine gas, poisoning 46 people, including eight children it said were being treated in hospital.

Russia’s Ministry of Defence said in a statement the chemical attack had been launched from an area in the Idlib de-escalation zone controlled by Nusra Front militants and that it planned to talk to Turkey about the incident since Ankara was a guarantor of how the armed opposition there upheld a ceasefire.

“According to our preliminary information, confirmed in particular by symptoms of poisoning among the victims, the shells used to bombard residential areas of Aleppo were filled with chlorine (gas)” Russian Major-General Igor Konashenkov said in the statement.