31 dead as bomb rips through busy market in Orakzai

31 dead as bomb rips through busy market in Orakzai

PESHAWAR: A powerful bomb tore through a bustling fruits and vegetable market in a tribal district of Khyber-Pakhtunkhwa on Friday, killing at least 31 people and injuring dozens more, according to officials.

The deadly bombing coincided with a brazen terrorist attack on China’s diplomatic mission in Karachi, breaking a relatively long lull in terrorist violence in the country.

Local administration officials said the bomb explosion took place in the Shia-dominated Kalaya area of Orakzai district which in the past had been wrecked by sectarian violence but has become stable of late.

The explosive device, concealed in a crate, went off as soon as a pickup truck carrying fruits and vegetable pulled over at the weekly Kalaya Bazaar just as shopkeepers put up their stalls and shoppers started trickling in. 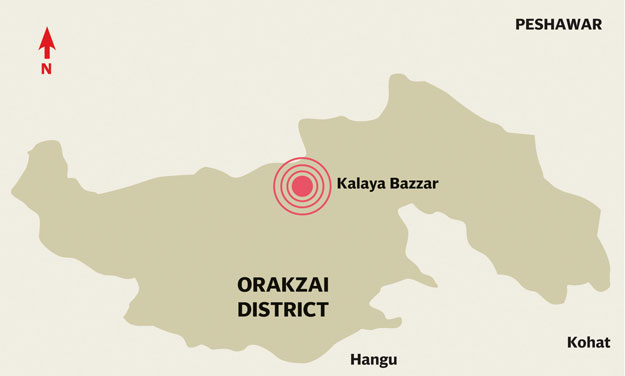 A security source told to The Express Tribune that bomb was remotely detonated as soon as a crowd of shoppers gathered at the fruit and vegetable stalls where the pickup truck was parked.

“According to our initial investigation, it was an improvised explosive device (IED) hidden in a carton of vegetables,” senior local official Khalid Iqbal told AFP. He, however, wouldn’t say it was remotely triggered.

Shahbaz Ali, a resident who was buying fruit in the market, said he had seen a boy with his face covered ride up on a motorcycle. “Suddenly a blast took place and then I was unconscious,” he added.

The weekly bazaar is quite popular and people from nearby villages come here to buy fruits and vegetables at comparatively cheaper prices.

Condemn the horrific terror attack in Orakzai tribal area – 25 people killed and 35 injured. Toll could rise. As the US fails in Afghanistan Pak shd be prepared for fallout and we must ensure greater security for our tribal areas especially esp protection of our ppl.

Survivors say the powerful explosion shook the entire bazaar and the bang was heard within a radius of several kilometres. According to Bomb Disposal Squad, the IED weighed around 20 kilos.

“It was a powerful blast which flung me on the ground. I was hit in the arm by shrapnel,” one survivor told The Express Tribune from his hospital bed. “A cloud of smoke and dust covered the entire bazaar – and when it settled I saw bodies strewn all over,” he added. “I’m lucky that I’m alive.”

The blast damaged dozes of stalls and stalls at the market. Locals drove the injured to the Kalaya District Headquarters Hospital as law enforcers threw a security cordon around the bazaar.

Those with critical wounds and needing specialised treatment were referred to hospitals in nearby Kohat city and Peshawar where doctors said all staff had been summoned to the trauma centre.

I am absolutely clear both these attacks are part of a planned campaign to create unrest in the country by those who do not want Pakistan to prosper. Let there be no doubt in anyone's mind that we will crush the terrorists, whatever it takes. https://t.co/AhPpjsUGEq

Ambulances could be seen outside the Kalaya hospital, where relatives were awaiting news of their loved ones. One man was searching people before they entered the building, a precaution against a secondary bombing targeting hospital staff.

“We have received one dead body and 28 injured, three of them were serious and taken to Peshawar,” Fazlur Reham, deputy medical superintendent at the hospital, told AFP by telephone.

Six other wounded were undergoing surgery, he said. Most of the injured had been hit by ball bearings and fragments of the bomb. “We expect more injured from the site,” he added.

It is absolutely heartbreaking to hear about the great loss of life in the attack in Lower Orakzai. Our country bleeds yet again. We must reaffirm our commitment to the NAP and implement it. My thoughts and prayers are with the martyrs and victims and all those effected.

Local officials and medics put the death toll at 31. Senior official Ameenullah said 31 people had been killed, including 22 Shias. More than 50 people were wounded, with 17 of them in critical condition, he added. The police confirmed the tally. Residents, however, gave a higher toll.

The weekly bazaar at Kalaya, a Shia-dominated area, was a soft target for terrorists as in the past Taliban frequently carried out attacks in the region cashing in on sectarian tensions in Orakzai, which used to be a tribal agency before its merger with K-P.

Surprisingly, the terrorists targeted the weekly bazaar even though security at and around Imambargahs and mosques was on high alert in view of intelligence reports that terrorists might attack Friday congregations in the area.

Orakzai was one of the seven restive semi-autonomous tribal regions until its merger with K-P in 2018. The only former tribal agency, which doesn’t share a border with Afghanistan, had long served as a transit route for terrorists until Pakistan’s military mounted a massive offensive against terrorists in 2014.

Security has improved in the region in since, though low-level attacks are still carried out with devastating regularity. 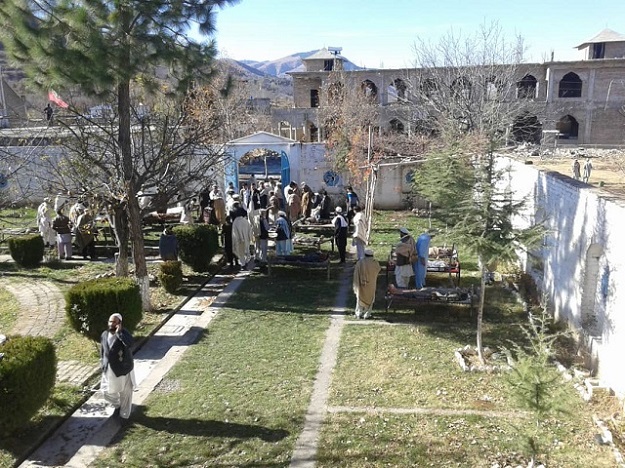 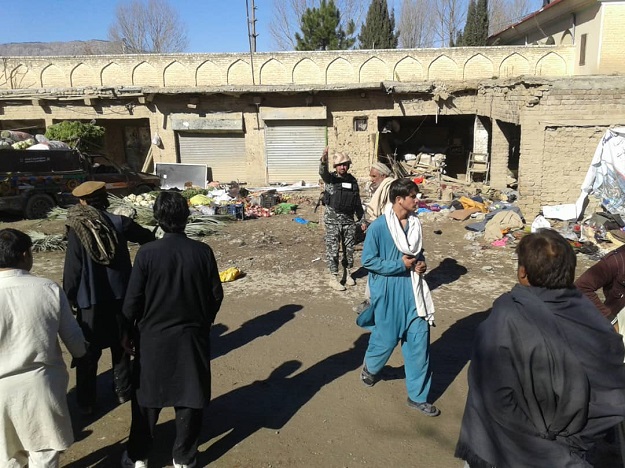 The aftermath of the Orakzai blast on Nov 23, 2018. PHOTO:EXPRESS 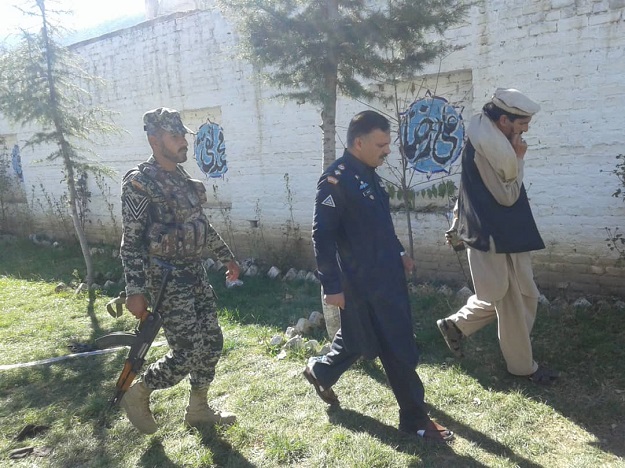 Officials at the scene of the Orakzai blast on Nov 23, 2018. PHOTO:EXPRESS 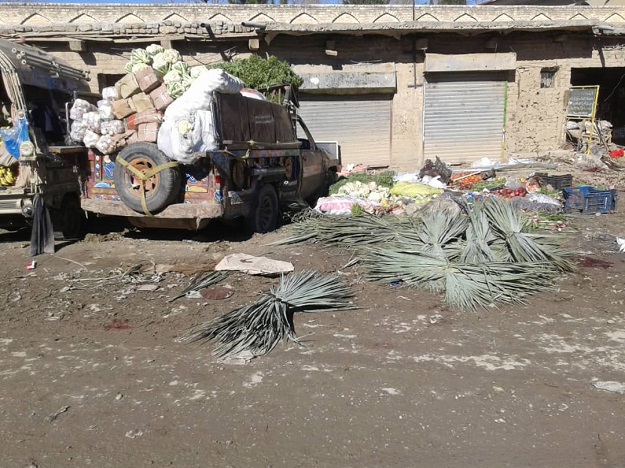 Marketplace after the Orakzai blast on Nov 23, 2018. PHOTO:EXPRESS