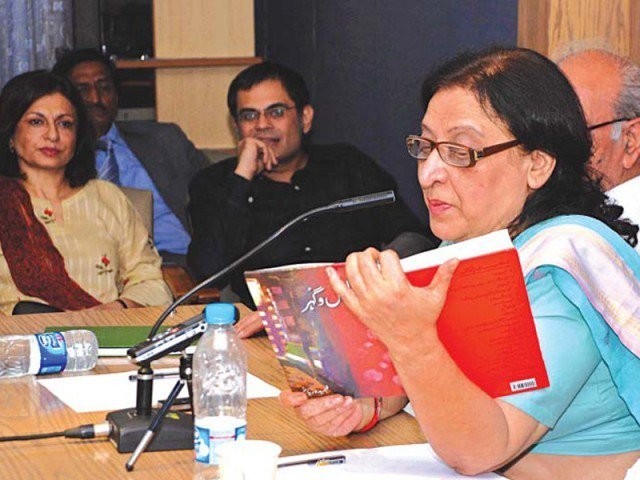 Fahmida Riaz reading one of her poems at Safma on Tuesday. PHOTO: MUHAMMAD JAVAID

Renowned Urdu poetess and activist Fahmida Riaz passed away in Lahore on Wednesday. She was 73.

Fahmida Riaz remained an activist in her academic life. She spoke and wrote against the ban on student politics during General Ayub’s regime. In the 1980s she and her husband lived in exile in India after both of them were jailed by the dictator for their liberal and politically charged views.

She has been a prominent voice in the feminist struggle in Pakistan, where her poems, both directly and indirectly grind down at the foundations of male dominance.

She was appointed the managing director of the National Book Foundation in Benazir’s first term and was later persecuted during the first Nawaz Sharif government, being labelled an Indian agent and becoming virtually unemployable. She had to work three simultaneous jobs to support the needs of her young children.

In the second Benazir government, she was given a post at the Quaid-i-Azam Academy, which also ended when the government was dismissed.